So this weekend I’ve been in Stockholm, playing games with Miss Deluxxe and Ninjabrite, and here’s a little recap of what we were up to! =D 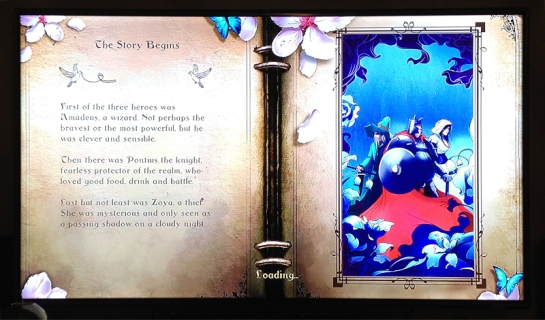 We started off by playing Trine 2. Me and my two closest gaming friends are always on the lookout for nice co-op games for at least 3 people where we can all get achievements. This is not a very easy task. During the years we’ve been going through most of the arcade games which have these aspects, such as TMNT 1983, Turtles in Time, Castle crashers of course and many many others. So when Trine 2 recently came out we were excited and had been waiting to play it until this gaming weekend together. We played for a while, achievements popped for different things some of us were doing, and after some time we realized that all the achievements only went to one person, the player 1 who started the game! The only way for all of us to earn achievements would be if we were playing it on three different xboxes online. Stupid.. why do most games discourage local co-op?!  So we stopped playing it, and will wait until we are once again in different cities only being able to play with each other online. It’s like gaming companies don’t want gamers to actually meet up IRL to play, they make it so much more attractive to play online..

Another game that instead really exceeded our expectations was Fairytale Fights! I’ve had this game for quite some time, but never played it, since me and my friends have been waiting for the next gaming weekend to play it together, and now we finally did! In this game you are fairytale characters that beat up other fairytale creatures. It was funny, filled with gore and blood, brutal, full off events of fun frustration and lead to a lot of laughs. We would also all earn achievements, both story related and personal objectives. This is a fun game that I would recommend to anyone who likes playing together with friends co-op in quest mode or friendly fighting, since the game also has an arena mode where you can see who can kick who’s ass the most ^_^ 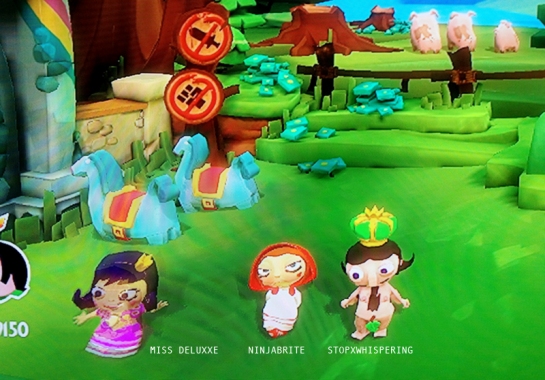 Miss deluxe also showed us her progress in Skyrim, since me and Ninjabrite hadn’t seen it yet, and when she started her last save file something weird happened.. her character was headless. Anyone encountered this before? lol…

One thought on “Girl’s Gaming Weekend!”