I remembered watching this trailer quite a while back, and I was totally psyched about this Ultimate Tribute to the NES! Then i forgot about it.. and after browsing through my favorites on Youtube I found it again, and it has now been released since some time in January!

Tonight I’ve been playing through the whole game, it took me about 1 hour and 40 minutes, watching all the cutscenes and stuff (that are awesome btw!) ^_^

This game has it all, the retro 8-bit feeling and references to all the games we love <3 And it’s extremely funny! Here are just some of the things you will be able to enjoy and experience when playing Abobo’s Big Adventure!

Working up your RAGE for amazing mind-blowingly awesome special attacks that are unique for each level!

Finding hidden areas, where all the fun is at ;D 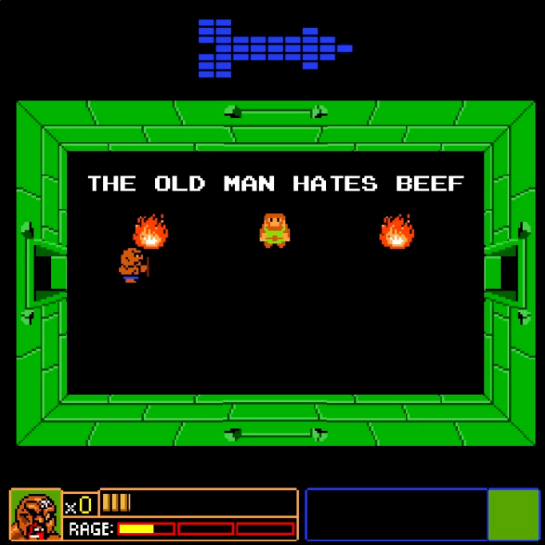 Abobo in Balloon Fight!! With the Reaper from Castlevania!!!! 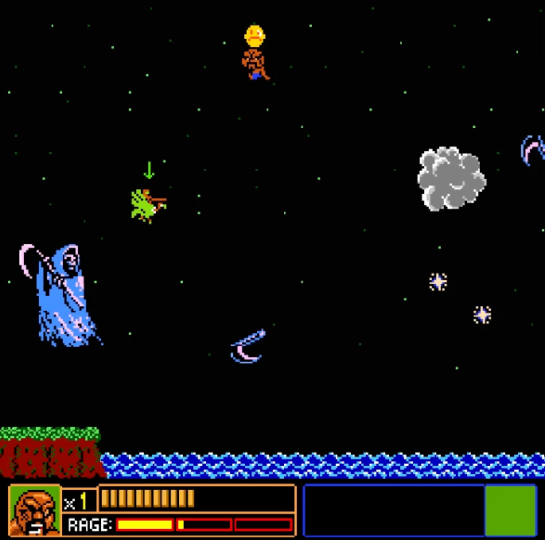 Encountering various famous NES characters all through the game, and with original NES music:

Or having babies with a mermaid.. or as they call it Merbobos!

Abobo in Contra, vs Krangby!!

YES! IT IS KIRBY WHO SWALLOWED KRANG TO BECOME KRANGBY!!!

Fighting Jaws, and even bigger Jaws! 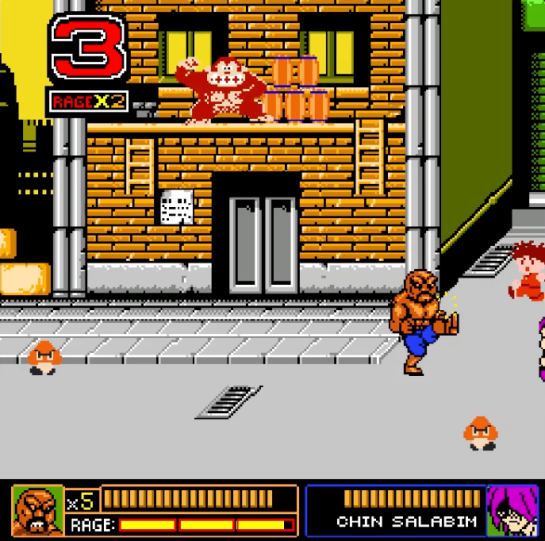 And much much more! I suggest you play it online or download it straight away!

What are you waiting for?? Go play it!

I always knew Kirby was evil… 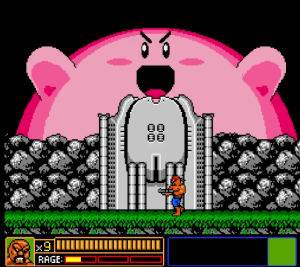