I was at a housewarming party on friday, and we had a lot of fun playing an old classic Pinball machine from 1976! It was Elton John’s Captain Fantastic! Haha..
First round we played I actually won, but I guess that was just beginner’s luck because every game after that I lost.. =(
I took some pictures of this beautiful machine: ^^ 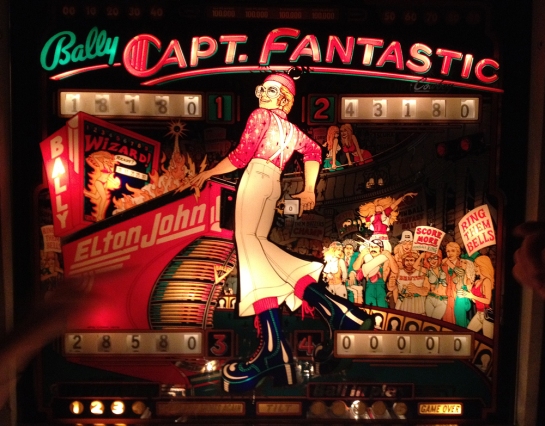 I was player 2 ^_^ 43.180 point, however people later got up to around 70.000.. but I was proud since I had never even played on a real Pinball machine before. It was completely different from the pinballs on video games..and much harder!

“Feel them bumpers” and “Buzz them buzzers champ” ^_^

And tonight I’ve been finishing a game that I started a looong time ago with my friend Becky. It was Borderlands for Xbox 360, we had already finished the story mode and taken every achievement in the game except the two last ones for the final expansion pack. These were not hard in particular, however they take a long time to finish. It’s the Underdome expansion, and it’s basically just about killing off hordes of enemies. Each stage takes about 2-3 hours, and there was a total of 6 of them.. We only had two left, but never really took the time to finish them until today, so JIPPIE! Today we have maxed out the achievements for Borderlands (amazingly awesome game btw) ^_^ 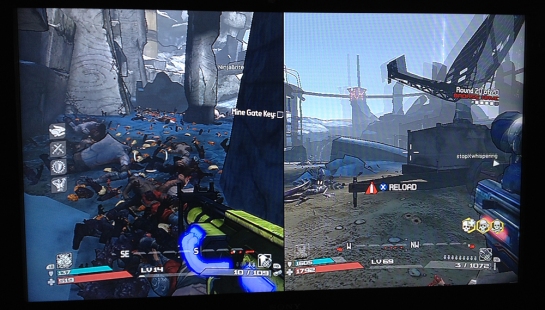 well yes, I also play new stuff.. I have both Wii, PS3, Xbox360 and so on, however I mainly play Xbox since all my friends are on there ^_^ And that’s what brings us to this post…

I called my friend Becky who had apparently started playing Rage for Xbox 360….. I got filled with rage and jealousy hearing about this, so I rage-quit my bloggin’ and went straight to rage-buying the Rage game, Anarchy Edition!! Hopefully I’ll get it before the end of the week so I can Rage together with Becky online ^__^ 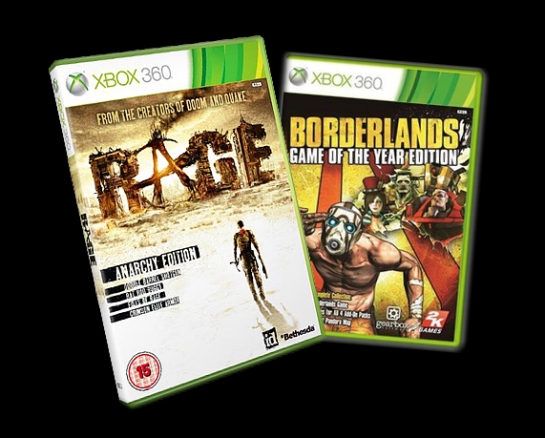 I have played through the whole game of Borderlands with Becky last year, and we’ve been waiting for something as good to come along. We put our hopes into Rage and pray that it will be nearly as good, then we will have something to occupy our weekday evenings with ^^