Seriously Play are games that I think you Seriously Should Play! In this post I will re-visit a game I wrote about a while ago, but only briefly, namely Spin Pair for PC Engine!

Spin Pair is an HU Card game, so you don’t need the CD unit or a duo to play it. It’s a puzzle game in the style of Tetris or Columns where you have shapes falling down, which you can flip or move left or right. However, in Spin Pair the shapes are very different and it makes the game more complex. Not only can you switch places of the pair of shapes falling down, but with the second button you can also rotate the contents of these two shapes! So basically what you need to do is get half a shape to fill up the opposite half of a shape in the same type/colour.

There is also another aspect of Spin Pair that I really like. If you have shapes of the same colour/type lining up horizontally in the same row and you remove ONE, then ALL of them will disappear! This makes for a great way of being able to plan ahead and arrange your shapes so that you can easily remove them all in one drop ^_^ 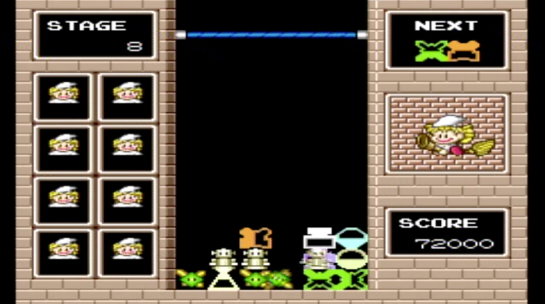 Another trick I’ve learned is that you can separate the pair that is falling down, if you get the first one to land on a higher row then you are free to move the remaining shape to the side and also rotate it :D

There’s a story mode you can play, where each level gets a little bit harder. You will have to remove certain amounts of each shape, and this number will increase for each stage, also the amount of shapes will increase making it much more difficult since you will have to survive longer. You’re not always lucky to get the shapes you need either. 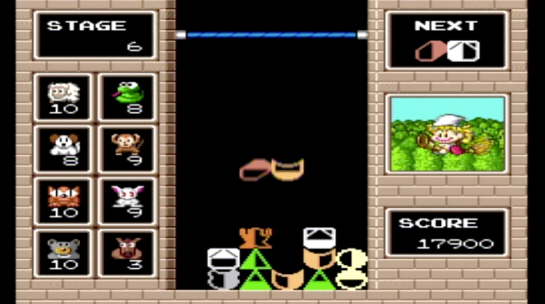 Each stage also has new shapes, they go from being quite normal shapes like squares, triangles and circles to really complex shapes. 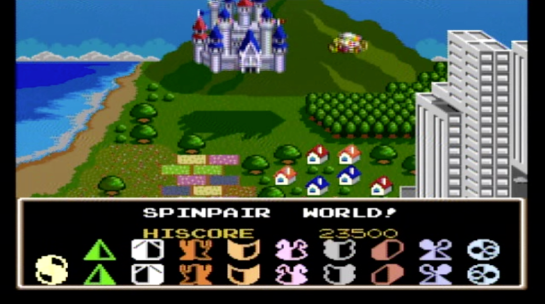 Allt he different shapes represent various object. Everything from animals to robots and vehicles. Sometimes it can be hard to know which one it is you’re lacking. Since you can rotate the content of the shapes in four different directions it’s easy to make mistakes. 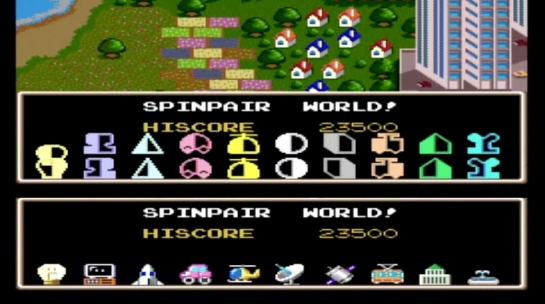 Once in a while the game will speed up, making it more difficult, and the only way to get it to slow back down is to remove shapes!

There is an endless mode instead of story mode where you just play to see for how long you can survive. It starts off easy with few objects and then increases. There is also a 2 player mode where you battle each other. Every time you remove a row with several shapes of the same type your opponent will get punished, having a pair of 3 or 4 objects falling down in their next move. 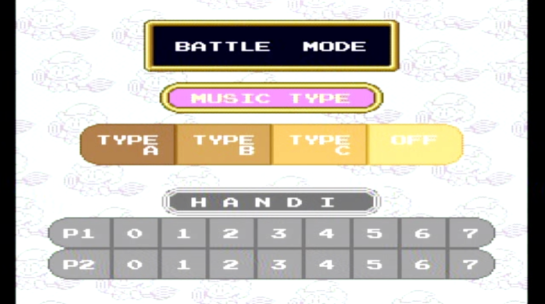 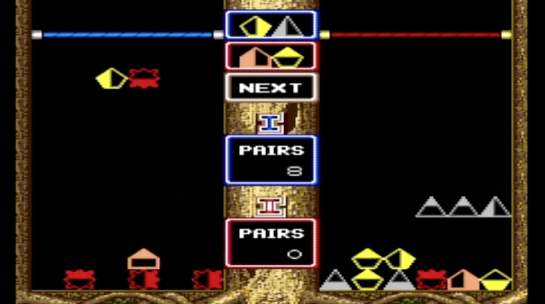 Already from the start I really liked this puzzle game, but I found it to be quite difficult. The more I played it though the better I got at it. Now I’ve managed to beat the story mode and it’s still a lot of fun to play! The final stage comes as a surprise with the words “COME ON BLACK WIZERD!!” lol… and then you have to remove loads of the same shape but in different colours, and you’ll see two cute little wizards fighting with their broomsticks.

I recommend anyone who’s into puzzle game to try this little gem out. The music is good, the animations are cute, it’s a challenge and most of all very different! You should Seriously Play it! :D 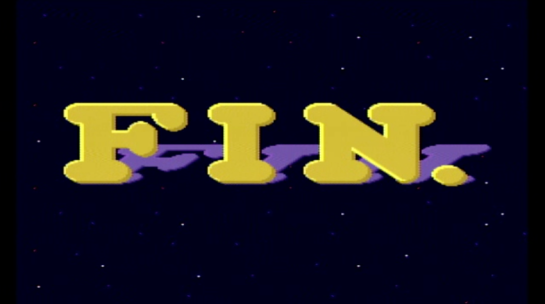