I read in Retro Gamer about the old Super Star Wars trilogy and about how amazing it was. They apparently put a lot of effort into the graphics and retelling the story true to the movies. This got me wishing I had it so I could play it! Just look at those intriguing screenshots of Chewie and Luke!
(pssst…you can click all the pictures to view original size) 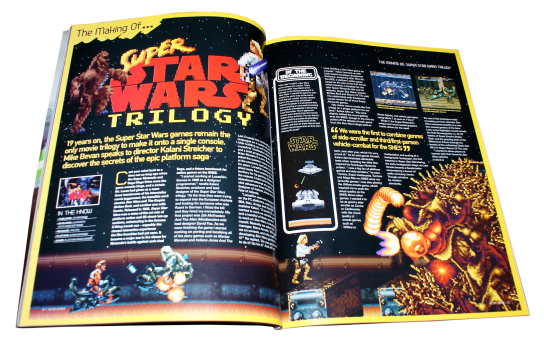 This weekend will be filled with fun nostalgic 16-bit Star Wars gaming!

Here’s the Nintendo Power issue containing The Empire Strikes Back:

It has an annoying sticker on the front though, with the address of the guy who probably subscribed to it.. but other than that my Nintendo Power issues are all in really great condition, considering that they’re almost 20 years old!! o_O

Here’s the first Super Star Wars article in the Nintendo Power issue with Darth Vader on the cover: 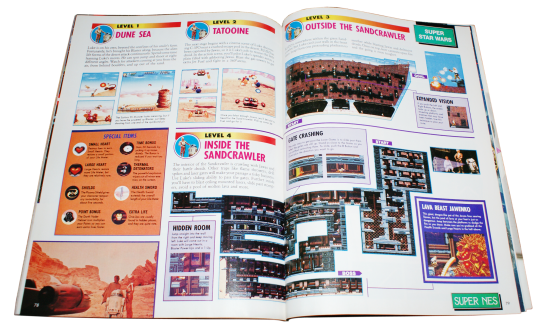 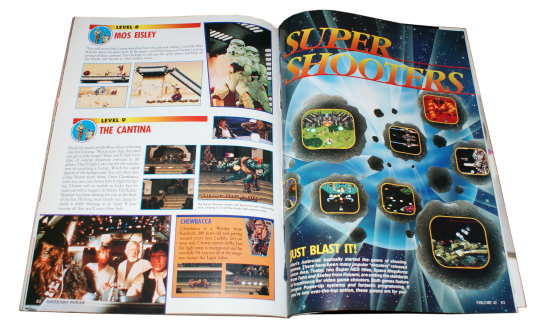