Dash Galaxy in the Alien Asylum is a game i picked up dirt cheap on Ebay, and I hadn’t heard about it before. When I was sitting and trying out the lot of around 30 something NES games I had ordered I got stuck playing Dash Galaxy since it was so much fun!

At first the gameplay strikes you as very stiff, but after a while you realize that it’s supposed to be like that and that the stiffness of the controls just adds to the challenge of the game.

The objective is to reach the tip of the Spaceship. You do this by entering different stages in different rooms. You can also find warps that will sometimes take you a few rooms ahead, but also send you back a bit. It’s trial and error, you basically need to find the correct route to take you to the last stage. This is what the different rooms can look like: 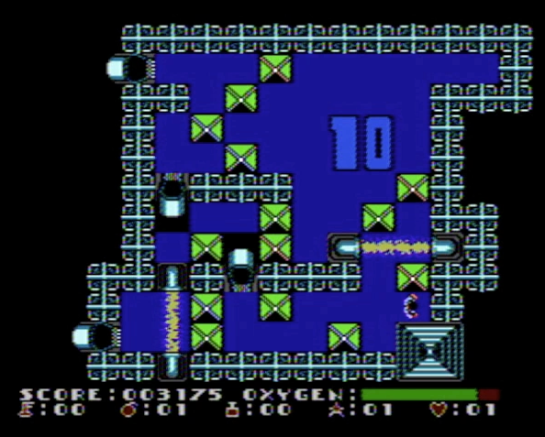 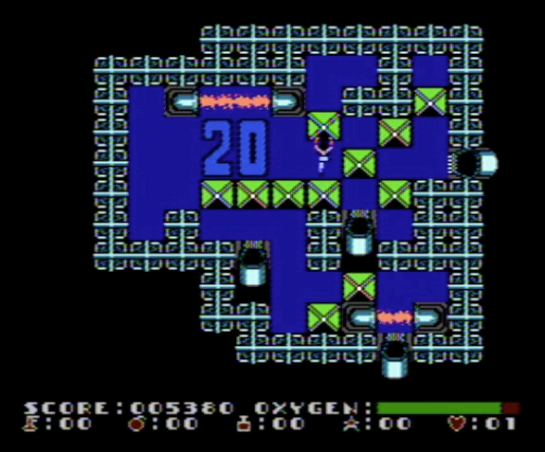 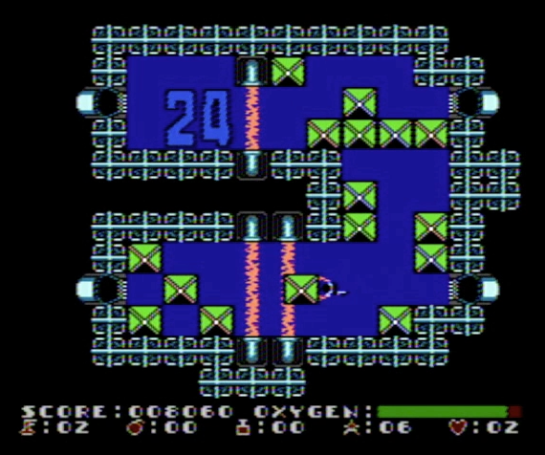 The tunnels lead to different stages and you can move around blocks to clear a path. There are also forcefields which kill you unless you have a key that opens them or a bomb to blow them up. In room 24 you will find the last stage which is the tunnel in the bottom left. Also if you stay in a room for too long your oxygen will run out and you will die. This is the same in each level, you have an oxygen meter which decreases even faster if you get hurt by enemies.

The stages have various design and backgrounds, and there’s several different types of enemies and obstacles. The music is very catchy, you can hear the songs and watch some of the gameplay in a video I put together here:

Here’s a what a few different stages look like: 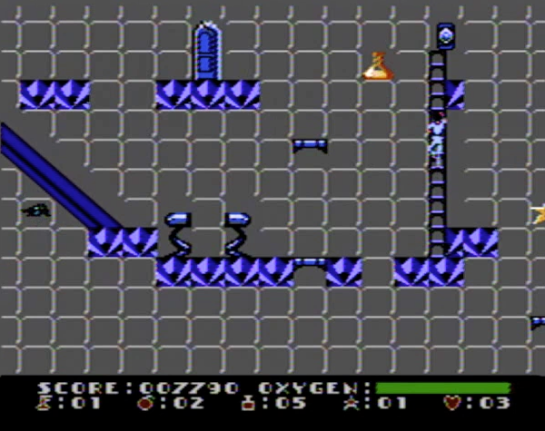 This final stage is a bit tricky since the blue blocks are icy and slippery and whenever you make a long jump in between them you slide a bit without being able to stop, so you need to time the jump precisely.

I managed to beat them game today ^_^ While attempting to do a speed run. It took around 9 minutes I think.

Here’s a video of my speed run in case you need help trying to beat this game:

It’s a great game with great music, challenging but fun! I suggest everyone should pick it up, since it can be found really cheap on Ebay :D

5 thoughts on “Dash Galaxy in the Alien Asylum for NES”