I totally forgot about the Review a Bad Game Day! Even though I’ve gotten several reminders on my Twitter, but I just saw Alana’s review of Total Recall and remembered it! So here’s a shitty game in my opinion!

My Hero for the Sega Master System:

A bunch of seedy Punks try to steal your girl. Battle knife throwers, ferocious bulldogs, flying bottles, even the gang leader – Mohikan. Hopelessly overwhelming? Take heart. You have incredible kung fu skills. But the punks have your girl. 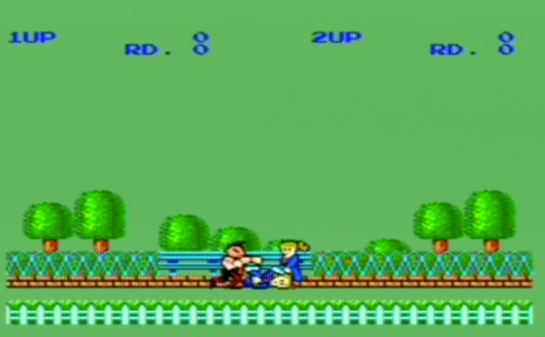 Now that’s the story. Here’s the truth:
A never ending army of millions of annoying sprinting hunchbacks stole your girlfriend. Dagger throwing fucktards, pissy tenants dropping bottles from windows on the second floor,  bouncing star-balls of doom.. with spikes and stairs that reach to your chin and are lethal deathtraps!! Completely overwhelming, nei, impossible! I can’t take heart, my kung-fu skills are poor, and the punks can keep that stupid girl who gets herself kidnapped! >_< 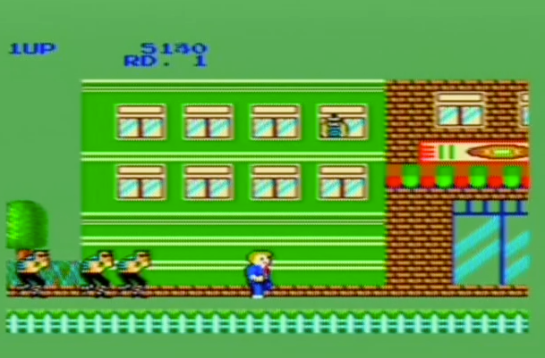 They come from all directions and they are faster than you! They also come without a pattern so it’s a hit or miss.. 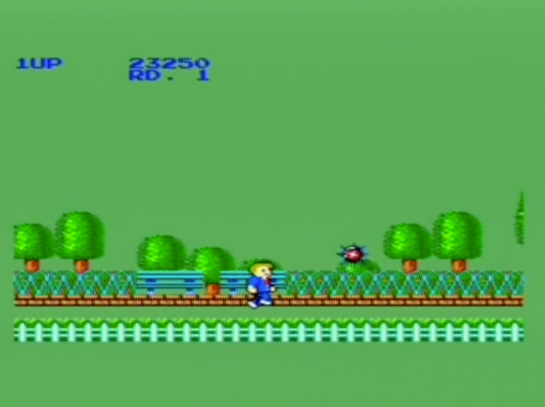 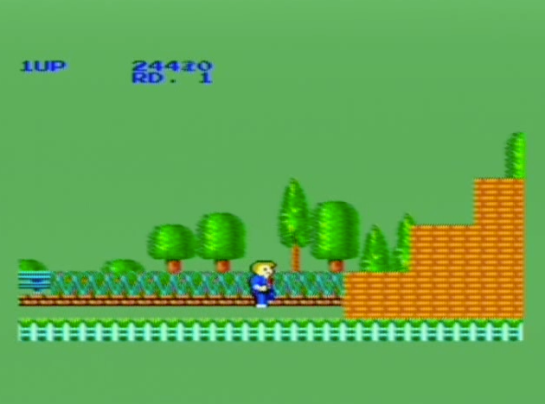 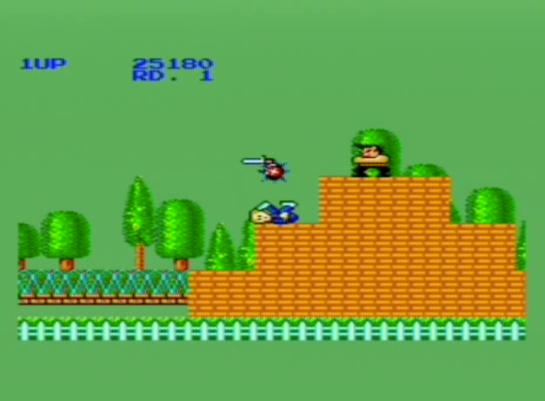 Now, the hordes of enemies coming at you are impossible to dodge. You will die eventually, and expect it to be fast. I even stopped just to see if they would keep coming and they did. I tried all different strategies I could think of, but I couldn’t make it past the staircase death-trap. I only got there once as well.. o_O

The controls are slow, everything moves fast except for your character, he is just strolling around like he had no worries, and he has a punch on one of the buttons (this one is useless! the reach is barely existent and the enemies will charge at you so fast he won’t have time to pull out his fist out of his ass!) and the second button is a jump-kick. This one kills on the way up and on the way down. Most efficient, however still it puts you in certain death situations. You have one opportunity to turn within your jump, and that’s when you’re right in the middle of the jump, if you have guys coming up behind you and you missed to turn around midair they will come straight at you from behind! >_< Kung Fu skills my ass! This guy is wearing what looks like a blue suit and has blond fluffy styled hair, I bet the only skills he has is either something to do with accounting or tying his tie.

Also where are the ferocious bulldogs? Not that I would say I am missing them, there are ENOUGH enemies in this game already! But I wasn’t even able to get so far as to encounter any dogs or the Mohikan for that matter.. 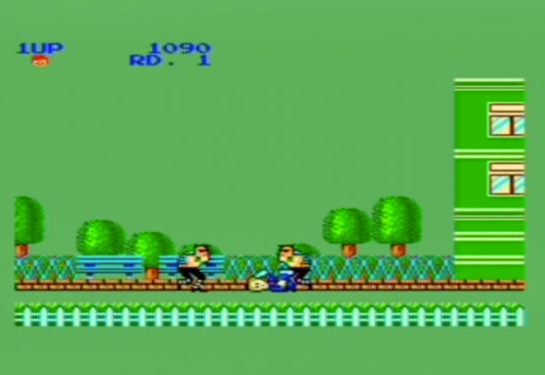 And to top it all off, the whole game is puke green as far as I’ve seen…

12 thoughts on “Review a Bad Game Day: My Hero”