Collecting japanese games is always a bit tricky, especially if you don’t know any japanese. Fortunately I studied it for 4 years and lived in Tokyo for a little while, hence I can read all the Hiragana and Katakana which are phonetic alphabets. The Kanji’s however are difficult, I only know a few basic ones. Most Famicom games which contain Kanji’s in the name have tiny Hiragana above the Kanjis so you will be able to pronounce it even if you don’t know that particular Kanji.

I don’t know those Kanji’s but above it I can read that it says “Jyu u o u ki”, hence I can sort them game in my excel spreadsheet alphabetically, written in both roman letters and Kanji. The joy! (I’m kind of a freak when it comes to keeping things in order..)

However, one game has really pissed  me off for a couple of weeks now.. namely this one:

It says Fantasy Role Playing, and then the name of the game is in Kanji, without the help of Hiragana or Katana. I was googling and searching through lists of alla ASCII Corp games and alla Kogado Studio games but couldn’t find anything!! Eventually I remembered my japanese digital dictionary that I bought to help my studies!

This thing sure is a blessing! At the bottom you can actually write a Kanji on the touchpad and it will tell you how it’s pronounced and what it means! :D So I tried to write out these Kanjis:

And after some trial and error I finally got a bit of the name and was able to google it to get the whole thing.

A few hours later I remembered something Alana had told me about Googling pictures.. I went to try it out and WOW! I just dragged and dropped the image there and it gave me the name o_O

And I could just copy past the Kanjis into a Kanji converter online which would give me the pronunciation. Why didn’t I try this out earlier?!

It sure saved me a lot of hours today though, because I’ve been scanning and sorting for three days! All my Famicom cartridges now have a picture on my computer labeled with the correct name!

I am hoping to get up a page on my blog where I can help people out by finding names of japanese games by just looking up the image of the cartridge, with big pictures of each game cartridge and name in English / Roman letters / and in japanese plus adding publisher (such as Konami or Namco etc) and what type of game it is! I will also add an extra page with games I have doubles of, in case anybody would wish to trade ^_^

Apart from this three day scanning and sorting project I have acquired a Super Mario Bros. 3 Poster that came from the Swedish Nintendo Magazine back when the game was released. It’s so pretty! :D 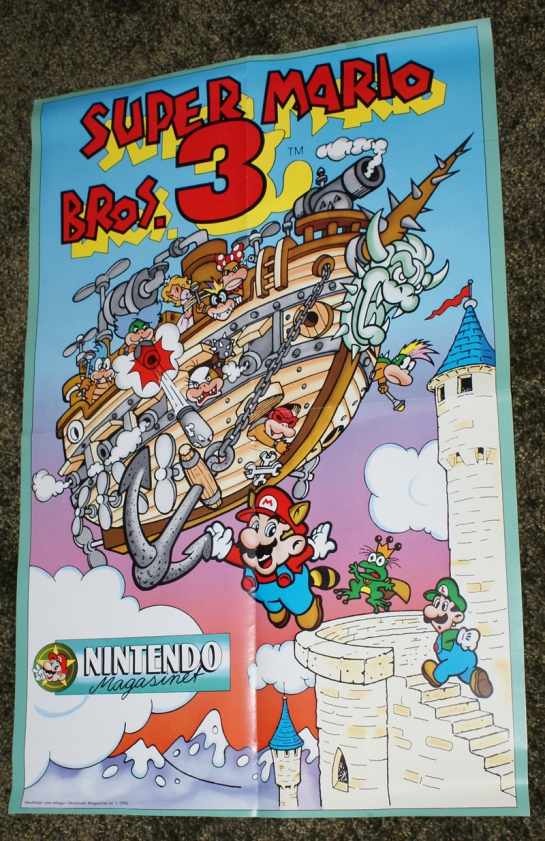 And my boyfriend also found my old Nintendo CarryAll case, I haven’t seen it for years! And inside along with a manual and some other stuff I found this pretty poster of the Nintendo Game Plan with ROB! :D