Yume Penguin Monogatari is a platform/shooter game by Konami for the Famicom. This game was only released in Japan, and I can understand why with it’s bizarre story!
You play as Penta, a chubby penguin who has lost his girlfriend Penko to a cool penguin with dark shades, and he needs to win her back! 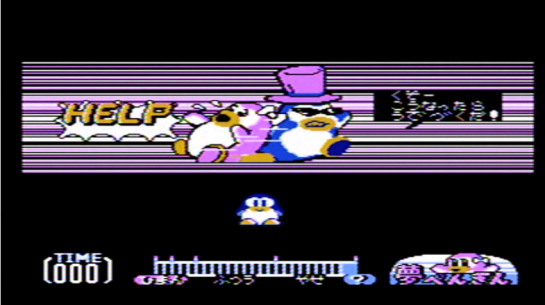 In this game you don’t have a life bar and there is no way to die on the stages, but there’s a fitness bar, showing Penta’s current obesity status! Penko’s new boyfriend is sending out troops of enemies to throw foods at Penka. If something hits him he automatically eats it and becomes a bit more fat! When you reach the fattest phase he can hardly move and his only attack is to throw himself on his belly and wiggle around! lol 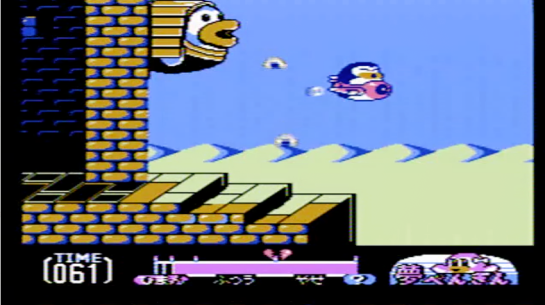 You can find fitness drinks around the stages that will get Penka to Shape Up! When you’re less obese you can kick enemies, and if you get really fit you can shoot out the japanese letter PO (ポ) from your mouth “PO PO PO” ^_^ 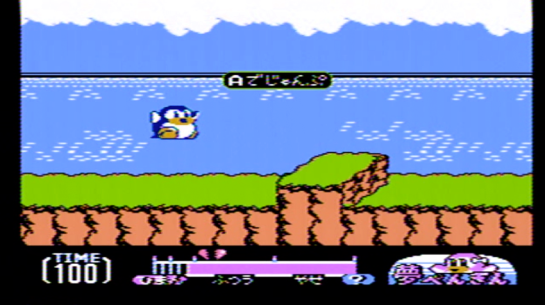 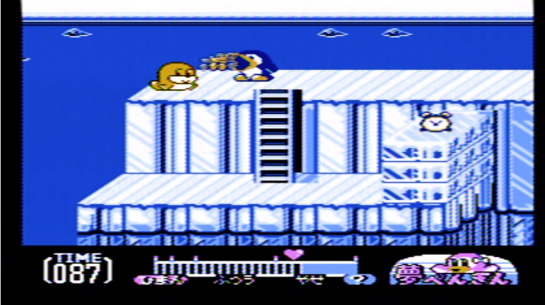 If you reach the end of the stage and your fitness bar is pink, you will have to replay the stage, because Penta was too fat for his ex to take him back! This is just hilarious! :D However, if he’s fit enough (when the meter is blue) he will begin to win her over and you get to go to the next stage. You have unlimited tries (as far as I know) on each stage.

The second stage is a shooter, once again you will have to get fit and avoid flying apples and rise balls (onigiri) that the enemies will chuck at you. You will reach a boss at the end of the stage, when you shoot him you’ll get fitness drinks, but he will also constantly shoot food at you. Even if you beat him you will still have to be fit to be able to continue on to the next stage. If you’re obese you’ll just have to replay the stage again. 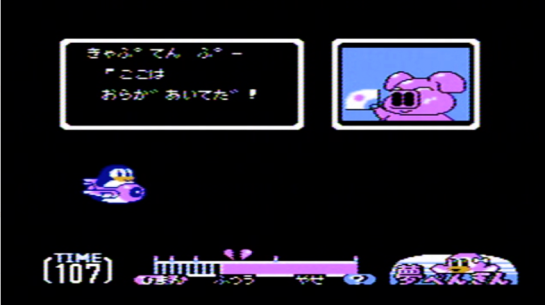 There’s  various stages in this game, both platform and shooter stages. It’s really funny and obscure! The music is great, just what you would expect from an 8-bit Konami game :) I love how the feeling of the controls change with Penta’s various obesity phases, it’s fast and easy when you’re fit and really slow and troublesome when you’re  obese, your attacks also change. It’s brilliant! You should Seriously Play this game! :D 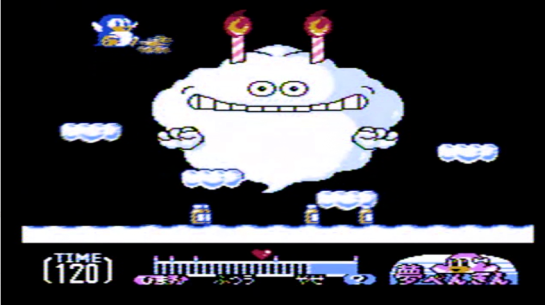 When you beat the game you will get to fly away with your girlfriend. She will take you back and you will get a kiss and start blushing.. after that you sit under a tree under the star sky and then Penko turns around and starts eating and gets OBESE!! irony ^_^ lol 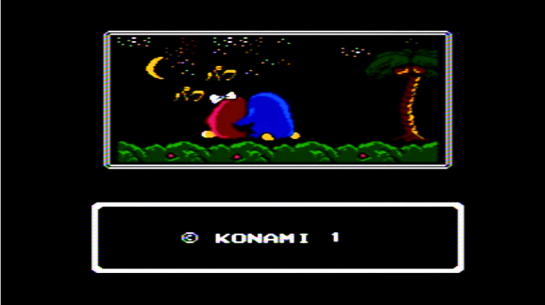 4 thoughts on “You should seriously Play: Yume Penguin Monogatari (Famicom)”