I’ve never really liked the Nintendo 64. I’ve always found for example 16-bit graphics to be much more appealing than the awkward 3D graphics of the N64. I also never liked the controller, the stick is so “wriggly” and loose and there’s way too may buttons on the controller! haha ^_^ And the three handles?! How are you supposed to hold it?? ;D

Then again, I never played a lot of games on the system. The only memories I have are from loosing continuously against my boyfriends little brother in Golden Eye 007 back when it was new, and that was extremely annoying >_< We also played a bit of Diddy Kong Racing back then which was fun though. I recently started giving it a little more attention, mainly since I found that there are also a few 2D games and puzzle games on the system ^_^  It started with the Pokémon Puzzle League game that my friend Gabriella showed me, it was so much fun! Then I also started looking up the japanese scene for the N64 and here are the games I have gotten so far: 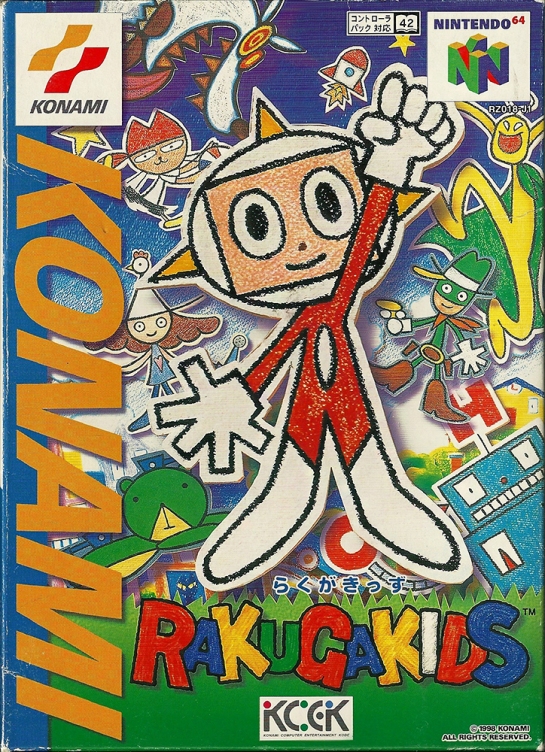 Rakuga Kids, a 2D fighting game with the quirkiest characters and cute animations ^_^ This one is quite entertaining even though it’s not as advanced as the regular fighting games like street fighter :) Here’s the back so you can see what it kind of looks like ^_^

Uchannanchan no Honoo no Challenger – Denryu Iraira Bou, the longest name of a game that I have ever encountered ;D It’s a type of puzzle-like game where you have to steer a ball through a maze, it’s also 2D, and gets quite challenging :D The cover is mainly what drew me to it in the first place though ;D Hysterical!

I’ve also gotten a few Tennis games. They were quite fun in 2-player VS mode, and didn’t look too horrible on the N64 ;D Also my niece is really into Tennis so I thought it would be fun to play some with her :) I also had to get Mario Tennis 64 of course ^^

Hoshi no Kirby is another classic series, I haven’t tried it out yet, but I’m hoping that the N64 graphics won’t ruin it ;D

I also got some Star Wars games, because STAR WARS! ;D (the top one is Rogue Squadron) 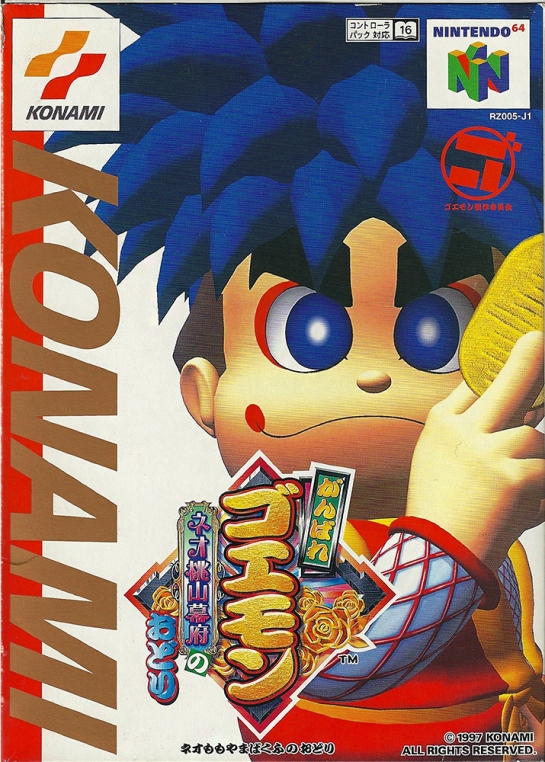 Ganbare Goemon (known as Mystical Ninja over here) is a series that sometimes can be quite enjoyable, I haven’t really tried this one out yet though. Judging from the back it’s unfortunately awkward 3D worlds :/

Then I got some Sumo games, mainly because they were cheap and I liked the cover art :D

Last but not least I picked up a copy of Diddy Kong Racing, I already have it for my PAL N64, I mainly wanted to see if there are any differences in the game ^^ I haven’t really had time to compare the two yet though.

So all my new Japanese Nintendo 64 games got their own little corner in my game room, if I get any more I’m gonna have to get more shelves ;D

I also have 20-something games for my PAL N64, but I haven’t really worked on that collection in the last decade or so.. If anyone has any suggestions of GREAT GAMES for the N64 then please feel free to give me some suggestions ^_^ I have all the regulars like Super Mario 64, Golden Eye (even though I dislike it much), Pokémon Snap and the Castlevania games among others.. but if you know any hidden gems for this system then please let me know :D