I got my first arcade cabinet! And it’s a classic! :D Also one of my favorite games ^_^ I have over 20 different Tetris games for various systems, and up until now my favorite has been Tetris BPS for the Famicom, but now I think my ‘new’ Atari Tetris arcade is my favorite! :D I might be biased, because it’s just so big and pretty and my highscores stay on there, but it’s definitely a great Tetris game!

The cabinet is in good condition. The control panel, the top light and the screen is in very good condition! But I will have to do some work on the sides to restore it to it’s former glory, it’s gotten a bit chipped around the edges. Nothing some wood filler and paint can’t fix ^_^ I haven’t moved it into my game room yet, I’m waiting to finish restoring it first. 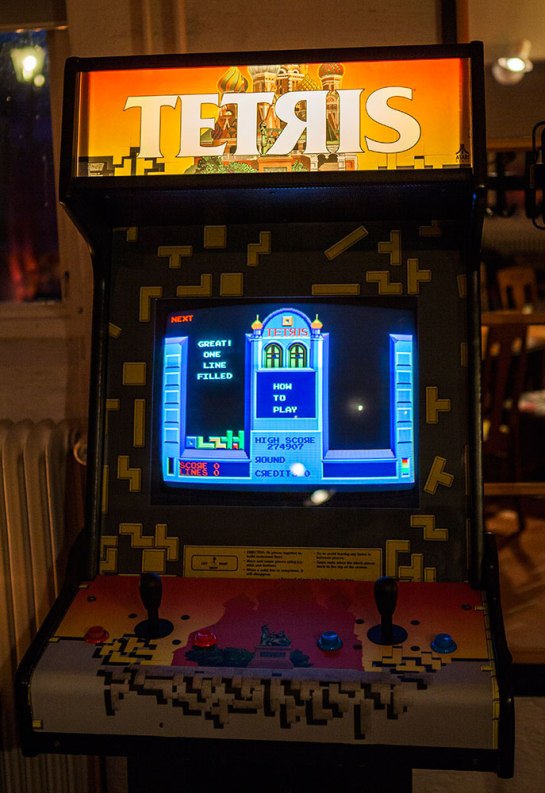 The game is divided into missions, compared to regular Tetris which is usually just endless. The missions are to clear certain amount of lines, and the stages get harder by adding obstacles (bricks) in your path. You can play two people against each other and race to see who finished the lines first! :D 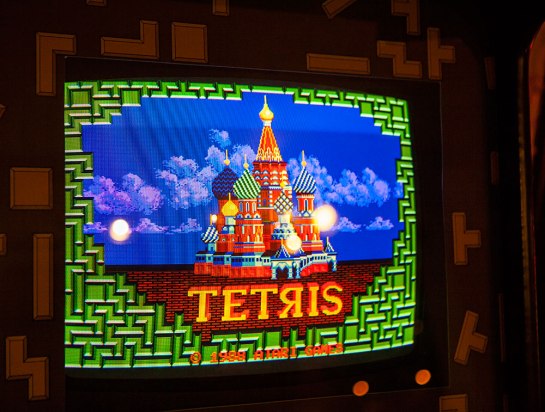 There’s also three different difficulty settings you can set it to. Easy, medium or hard. I’m slowly taking over all the previous highscores on the machine ^____^ Thankfully I can open the coin holder so I can re-use my quarters ;D 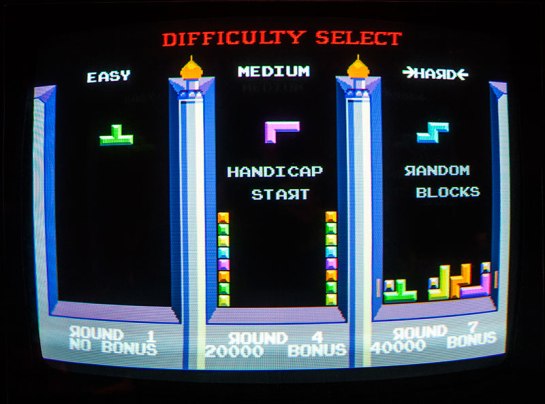 This Tetris cabinet was developed by Atari and released in the arcades back in 1988. This version of Tetris was later ported and released by Tengen for the NES in 1989. That’s one of the few Tetris games I actually don’t have yet :( But now I have the original version of it anyway ;D ……. writing about this here just made me go to eBay and pick myself up a copy of Tengen Tetris for the NES.. so I will have it soon ^___^

I love all puzzle games, especially Tetris! The objectives of this arcade Tetris game are fun and the music is great! It’s also very special to play on an arcade cabinet instead of through a console.. I think I might be hooked… already scouting for an SNK cab for my Neo Geo MVS games  ;D

I will take some more pictures of my Atari Tetris arcade once I’ve fixed it up :)