This weekend I visited a dear friend way up north in Sweden :) I brought an NES so we could try out some adventure games and also play my latest Tetris acquisition, Tengen Tetris, since my friend loves Tetris! ^_^ We had loads of fun with the co-op mode of Tengen Tetris, and also played a bunch of other games, like Xexyz!

Xexyz is an awesome adventure game that merges platforming action with sidescrolling shooting ^_^ It’s also really pretty and colorful, and you get to see fairies in bath tubs! haha ^_^

Another game that we played was Wurm: Journey to the Center of the Earth which is also really cool :) It is also a merge of platformer/shmup, but it also has a strategic boss battle element :) This dinosaur was really annoying >_<

We also played Zen: intergalactic ninja! This game is hard!! But I love how they’re making it all about environmental friendliness haha ^_^ Every stage is about fighting pollution in some way, and in the bonus stages you recycle trash! LOL! I’ve never encountered such an environmentally aware Ninja ;D 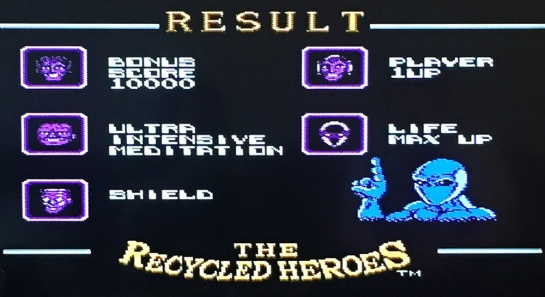 Last game we played was Karnov, and we got stuck on the 5th stage with the dinosaur boss that appears a second time >_< The game was a bit glitchy, we got stuck sometimes inside walls and had to wait for the timer to run out and kill us, lol… 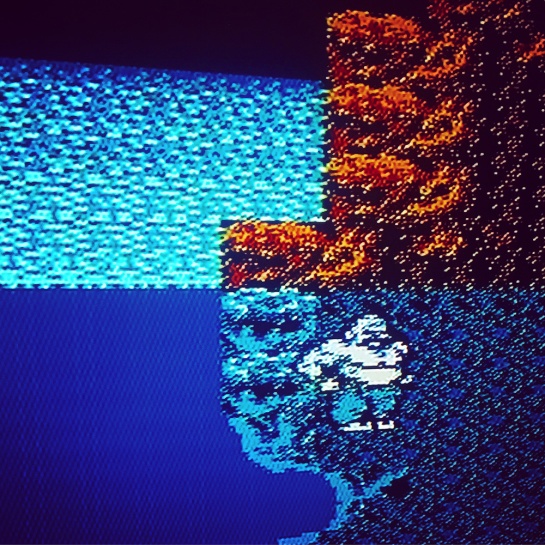 On Saturday we went into town and visited the GAME store. They had quite a lot of retro games, apart from three big glass cabinets by the entrance they also had more shelves around the counter :D I picked up quite a lot of games here ;D 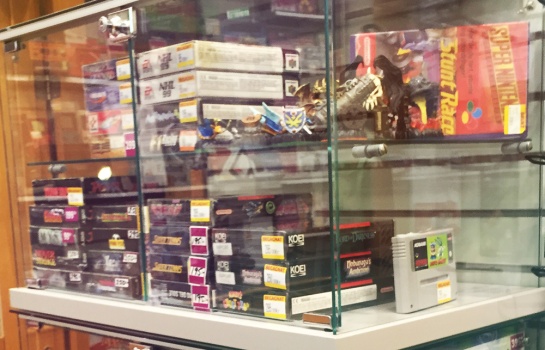 At the end of they day we visited a really awesome place called Café på Bit! It’s a café/arcade! Mainly focusing on console gaming but they also had some pinball machines and an arcade machine with Pixelbot Arena (a game produced by a local talent) :) 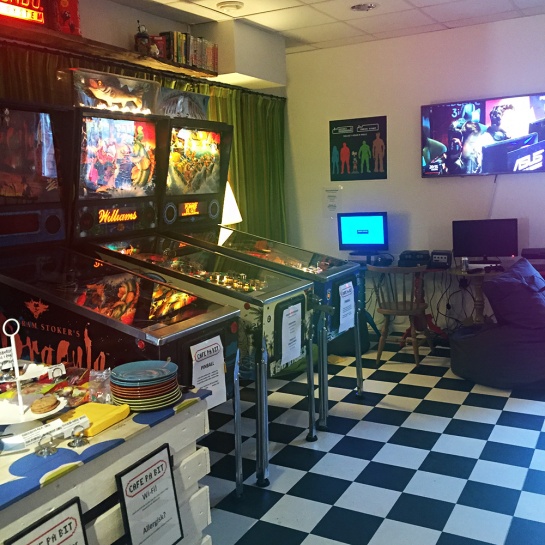 Apart from all the setups, CRT’s and consoles, they also had a whole wall of games you could choose to play! :D They had the entire NES library that was released in Scandinavia ^_^ And some games were even for sale! I picked up a few great ones ;D I’ll tell you all about them in my next post ^_^ 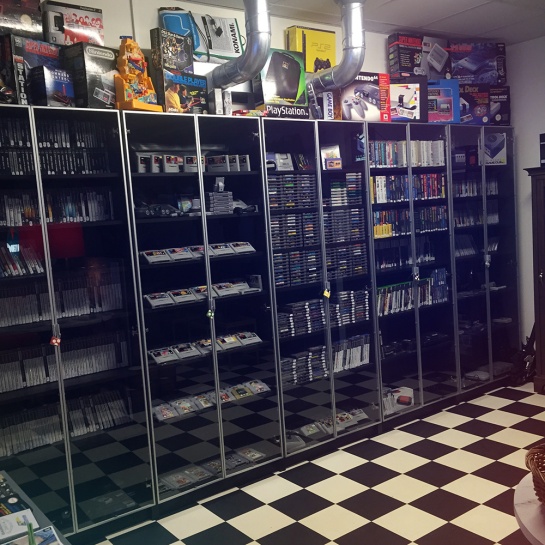 We spent 4 hours there, all three of us were playing the same game, the only game I was interested in playing since I knew I couldn’t play it at home: Battle Kid: Fortress of Peril! I’ve seen the game maybe once before, and I know it’s a new game released for the NES (in 2006 I think) made by one guy. It was extremely difficult! You just had to memorize every step! We were competing on who would finish it first, after four hours none of us were even close to finishing it haha ^_^ I made it the furthest though, to boss no. 2… 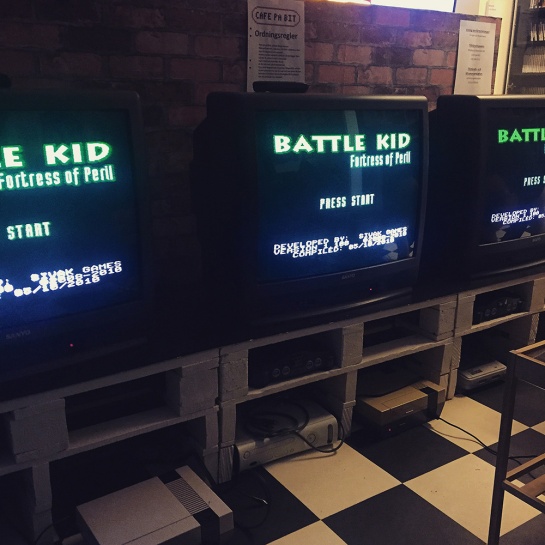 Café på Bit was really cosy, too bad it’s so far away from me :( Probably around a 15 hour drive! I recommend anyone visiting the north of Sweden to check it out though! ^___^

I’ll get right on writing my next post about my pickups! I came home with almost 20 games! :D