I was planning on blogging about all my newly purchased games both yesterday and today, but I got distracted..

After coming home after work yesterday I sat down and got the idea that I should try to make some of that bead art in 8bit, since I had recently purchased a huuuge box of 20.000 beads for a bachelorette party I was hosting. However we never got to beading so I was just stuck with a bunch of beads!

Beading turned out to be really fun and relaxing, and somewhat addictive! O_o 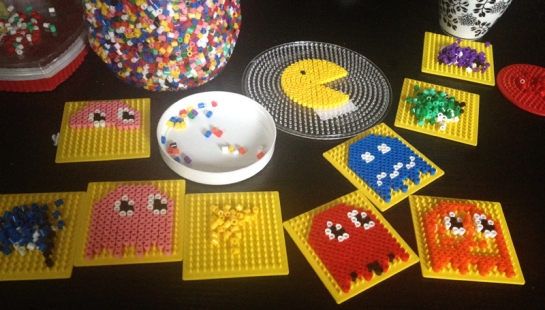 And it takes forever!

The most time consuming thing is sorting all the beads >_< 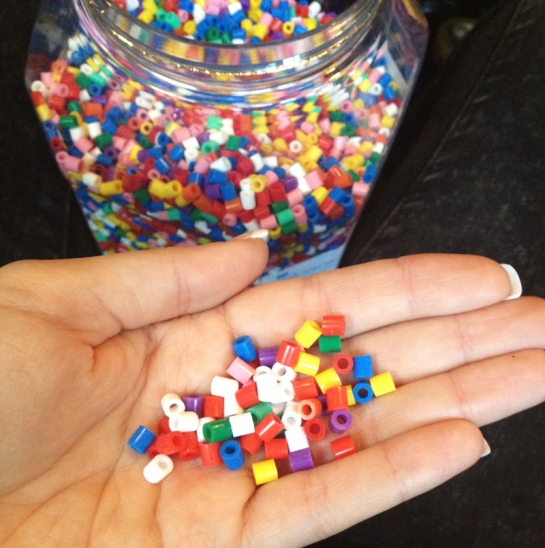 But after about 5 hours (I don’t really know, I seriously lost track of time) I had finished my Pac-man and Inky, Blinky, Pinky & Clyde and some variations.

My favorites were these ones:

My boyfriend came home after a fishing-trip at around 11 at night, and I had continued with new characters and hadn’t even taken the time to eat dinner! That’s how addictive it was! I had run out of black beads so I basically had to improvise with the colors.. 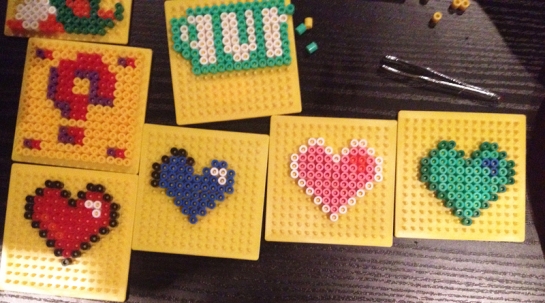 At 1 past midnight I managed to go to bed… and today after work I said I wouldn’t bead (until I had gotten the new beads I purchased during my lunch hour! I bought 110.000 beads in sorted colours!…i’m serious……they were cheap…) But I still got stuck beading some more.. >_<

It’s fun! You should try it out, unless your easily addicted to things like I am…

I’ve recently purchased a Commodore 64C with a cassette drive and joystick, but I didn’t get any games with it so I basically couldn’t test it.

I had also never played a C64 before in my life so I had no clue of which games to start looking for, however I got some advice on games to get from the nice people over at Retrocollect.com and then I started Ebay-ing… 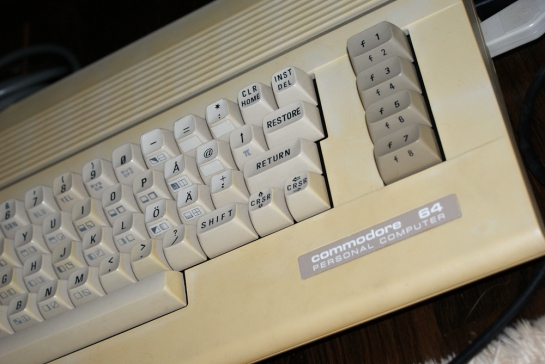 The Commodore 64C I got was in quite good condition considering it’s age, but it had a bit of discoloration, but I don’t mind that, it just adds to the retro-feel to it ;D It’s also a Swedish version so it has the Swedish keyboard.

The Cassette Drive (I think it’s called Datassette) was in really nice condition! Compared to the console it had hardly any signs of wear, not even discoloration! Both came with original manuals, in great condition as well, but unfortunately no box.. 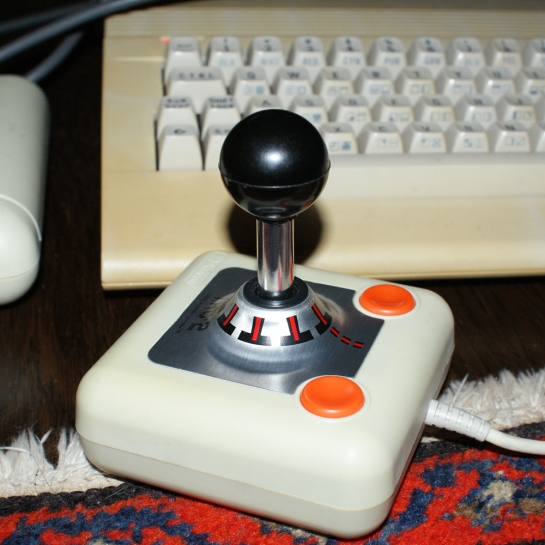 The Joystick was pretty ^_^ It’s called TAC 2, I’m not sure whether this is something that originally came with the console or not. 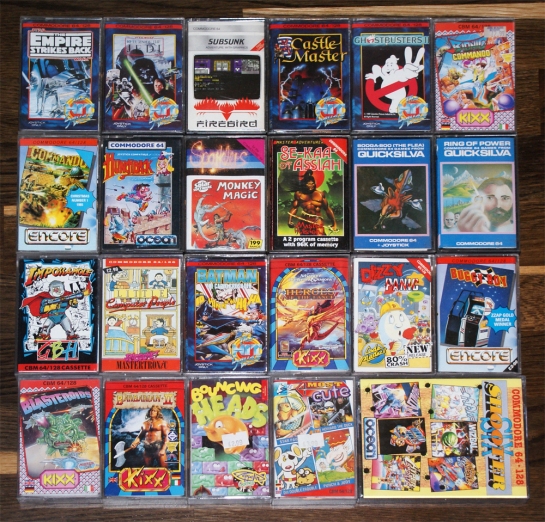 So here’s the first bunch of games that arrived, some which I had been advised to get and other that just seemed interesting because of the titles and artwork and I was buying a bunch from the same seller anyway. The games are Star Wars The Empire Strikes Back, Star Wars Return of the Jedi, Subsunk, Castle Master, Ghostbusters II, Bionic Commando, Commando, Hunchback, Monkey Magic, Se-kaa of Assiah, Booga-Boo (The Flea), Ring of Power, Impossamole, Little Computer People, Batman the Caped Crusader, Heroes of the Lance, Dizzy Panic, Buggy Boy, Blasteroids, Barbarian II, Bouncing Heads, 4 Most Cute and 6 Shooter (containing among others Wizball, which someone recommended).

For those of you who don’t know much about C64, the games come on actual cassette tapes. I didn’t know they could program games on those, I thought they were only for music back in the day! It’s baffling to me ^^ There is also games on floppy disks for the C64, but I don’t think I can play those without getting some kind of disk drive to connect to it first..

I haven’t been able to try them all out yet, mostly because of the outrageous loading times! It took me 10 minutes of this:

Then I got to the starting screen and the Ghostbusters soundtrack started playing, and it said “PRESS ANY KEY”, after listening to the song for a bit I pressed a button and was greeted with another 10 friggin’ minutes of a flickering loading screens!

After that finished I got to the story of the game. A still image of some person with what I guess was a ghost attacking, and a text that started scrolling telling the story with the ghostbusters soundtrack playing. At this time I had just been waiting too long so I just wanted to start actual gameplay so I pressed start again… and once again.. 10 minutes of:

So after a total of 30 minutes I finally got some actual gameplay. Stage one was so hard I couldn’t beat it.. >_< And every time I failed a screen popped up with a text that read: “You are a worthless slimeball! … but you have 2 more chances, press fire to try again”

A game that I really enjoyed though was Commando, mainly because of the extremely groovy and catchy music! :D I recorded it and posted it here for your enjoyment:

I also tried some Star Wars the Empire Strikes back.

It was a space shooter, and the music was a nice impression of the original soundtrack. What I found odd though was that they had those AT-AT walkers from the Snow area of the movie, but they were flying around in space o_O

This was really cool! And just like in the other Bionic Commando games you can only move upwards by using your grappling-hook-thingy. I made it a couple of stages but then I quit to try other games.

I’ve only been able to try out about 8 games so far, and today I got another bunch of 6 more games, and I’m still waiting for 10 more to arrive:

I recently got a new batch of Famicom games I had ordered:

I’ve played them all a little bit but what I would like to start reviewing is Hebereke. For those of you who didn’t know, Hebereke was released under the name Uforia: The Saga in the PAL region. I tried Ebaying it today but couldn’t find either Hebereke or Uforia, but they are usually quite expensive when you see them. I got mine for about 46 USD.

I hadn’t played Hebereke, or Uforia for that matter, before. It’s a platforming game where you play as Hebe, a cute little white penguin ^_^ He’s quite useless though, he has no attacks, he can’t swim, he can’t jump very high..

Even though he can’t swim..

The enemies are also really cute: 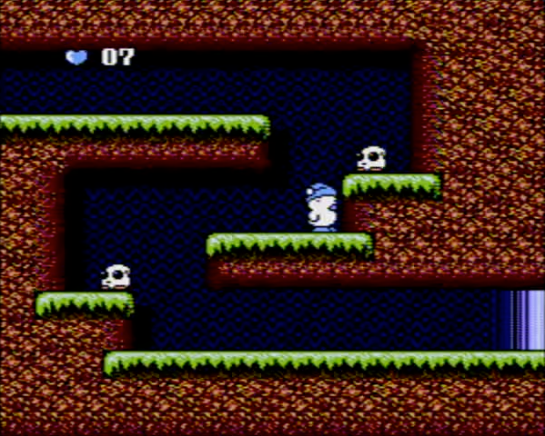 There are in total 4 playable characters, which you unlock through gameplay: 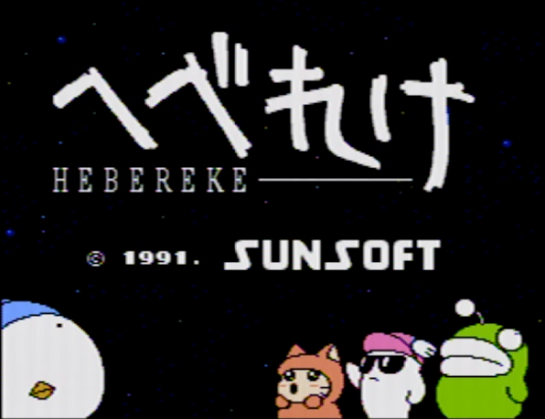 I only made it so far to get the second character, O-chan. You have to battle them to get them by your side: 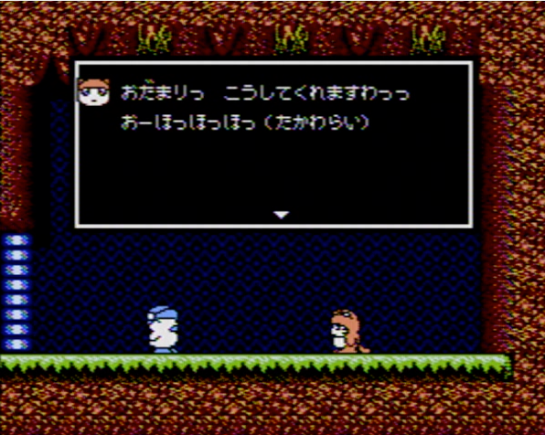 She can swim through water at least! And walk on ice!! But she doesn’t have an attack either..

The whole game is a maze, where you will have to travel back and forth to find new places you couldn’t get to earlier. You will also bump into several dead ends that you can’t pass since you don’t have the correct character yet:

On your way you will find chests. 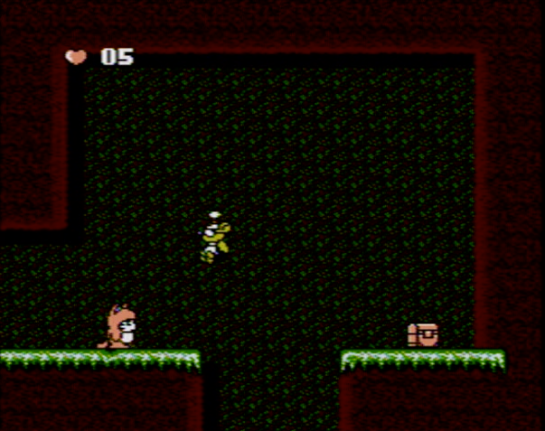 These are crucial, since you will find items helping you along your way, like for example health potions, increasing your health from 10 to 49.

You can switch between characters anytime in the select menu:

If you’ve found the chest containing the map you can also access it here: 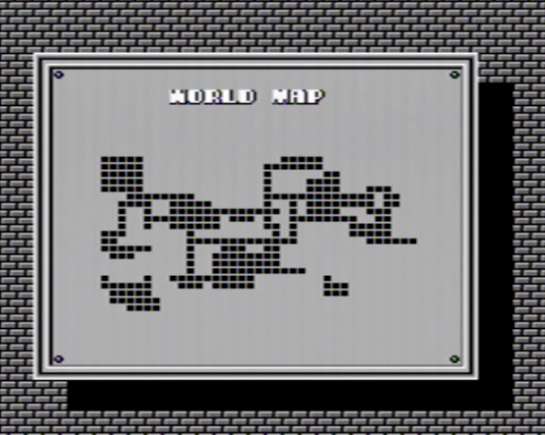 And the first chest you’ll probably find will contain the item generating passwords for you, so you can restart where you left off. The passwords are long and confusing, however there are unlimited continues ^_^ 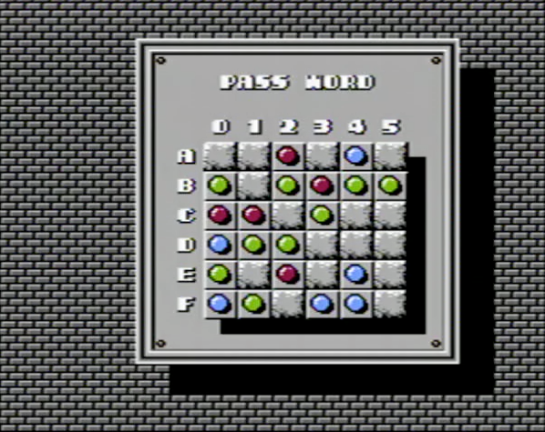 I made it to some giant door, but it was locked and I needed to find a key I think: 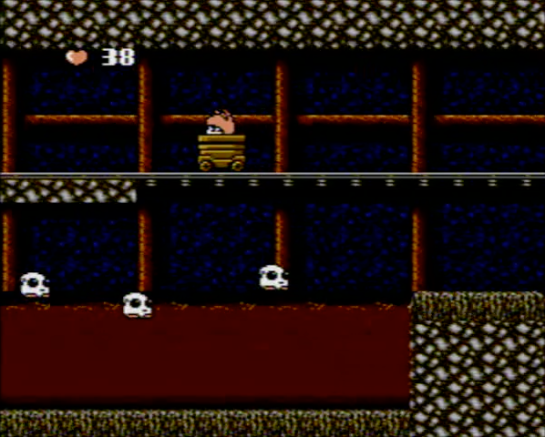 I also found clowns! :D That shot bubbles at me :( 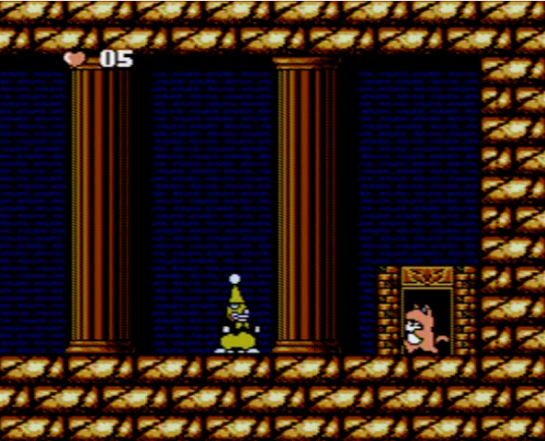 And a giant boss, which I couldn’t hurt.. I guess I have to find yet another playable character first.. maybe one that can shoot!! >_<

The funniest part of this game was the birds that dropped giant turds!!

I eventually got kind of stuck, having tried every possible direction and not being able to proceed.. I will have to give it another shot some other day..

Here’s a video I put together with some gameplay, check it out, it’s really cute! ^_^

Btw, I am now also writing a bit about Famicom games for FYIG (Find Your Inner Geek), you can read it here!

Yesterday I also received another parcel, however this was not from Ebay or any other store, this was a beautifully wrapped red parcel filled with surprise! :D

I knew my friend Alana had sent me some NES games she had duplicates of, but there was also some cute Nintendo stuff! Like Mushroom and Mario straps, a keychain with Mario characters and a stuffed Koopa! :D The games were Tetris, Bubble Bobble, Kung Fu Heroes and Operation Wolf! So exciting! I didn’t have these for the NES before, I had some for the Famicom and one for Sega Master System, it’s going to be interesting to see if there’s a lot of difference ^_^

Thank you Alana (Retrogamergirl) for these wonderful gifts! Tomorrow a package is in the mailbox heading for Canada! :D