So here’s the games I picked up at Retrospelsfestivalen, due to the proposal the day ended quite quickly so I didn’t have time to buy much more, but I did find a few interesting things ^_^ 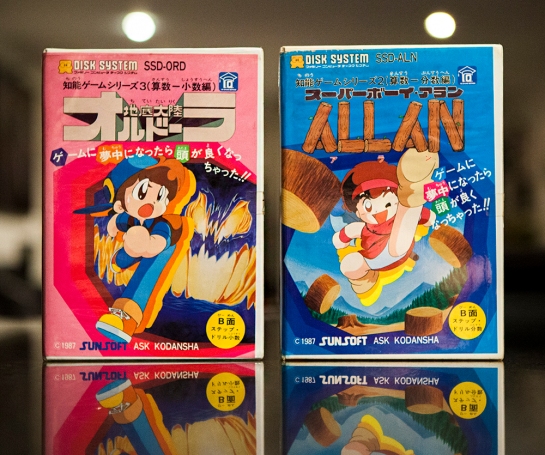 I also found a Jajamaru game I didn’t previously have :D They’re usually quite cute platforming games so I picked this one up as well. It’s called Jajamaru Gekimaden Maboroshi no Kinmajou.

He also had a bunch of PC Engine games, most of them I already had, and some were just a bit too expensive. But these two I got at a reasonable price :) Avenger and Prince of Persia.

Another seller had a Power Pad for the NES! I’ve always wanted one but never found one at a good price. It’s bigger than I expected! :D

I’m really excited to finally try these two games out for the Power Pad! :D Athletic World I’ve had for about a decade (!) and Dance Aerobics I got the weekend before at Retrogathering. Look at those hilarious 80’s kids posing in aerobics positions! hahaha ^_^ 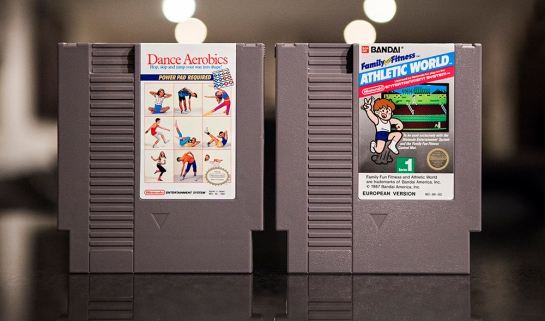 And here’s a closeup of the Dance Aerobics label!

I also got an NES game called M.U.L.E. It’s a US release only I think, never heard of it before but I’m excited to try it out! The box art is amazing! :D It’s a freaking Space Cowboy!!! :D

The final game I bought was from a friend of mine that was selling off parts of his collection. I finally got around to getting Sonic 3! (Yes, I did not previously have all the Sonic games… shame on me…) I’m glad to have it now though ^_^

This weekend I’m heading to Gamex/Comic Con in Stockholm, so the update on this previous weekend’s visit to a Sci-Fi convention in Helsingborg will have to wait until after this weekend (and yes, I found games there too!!) ;D