I update my blog on a regular basis, that doesn’t always mean a new blog post though. I have so many collections and pages where I constantly scan and upload more games as I get them, but this time I thought I’d also make a new post announcing all the new things ^_^

I have had a bit of a Tetris obsession lately (as you may have noticed XD) and I’m now up to a whooping 86 video games with Tetris and 5 board games! Apart from that I have Tetris earrings, Tetris nailart, Tetris badges, Tetris leggings etc XD Hahaha ^_^ (it’s getting out of hand O_o) 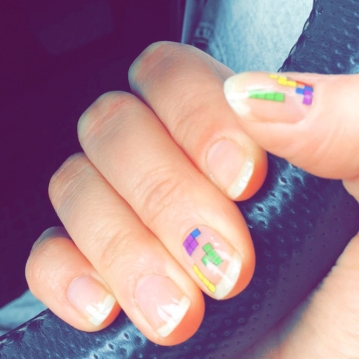 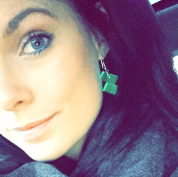 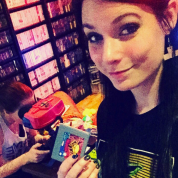 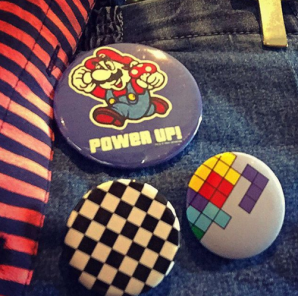 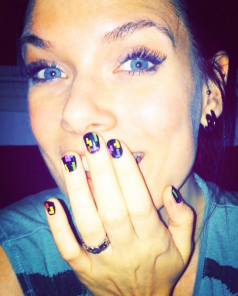 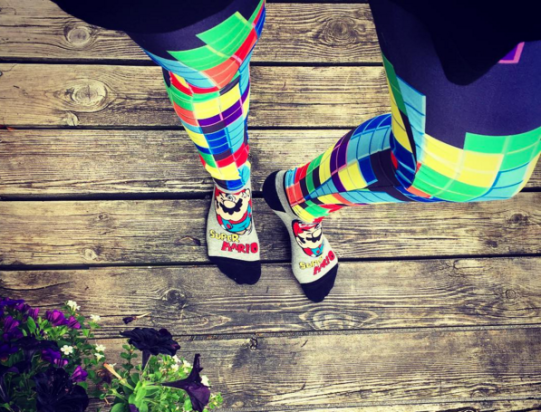 Anyway, I’ve continued acquiring Tetris games like a maniac. Someone on Instagram told me about Tetris for the Tandy CPC. I of course had to get it, since it’s Tetris! Even though I don’t even own a Tandy CPC, let alone know what the heck it is XD I’m thinking it’s some old computer.. I’m just hoping I’ll bump into one eventually.. maybe on this falls Retro Gathering ^_^ It’s a funky looking game package though! I like it :) 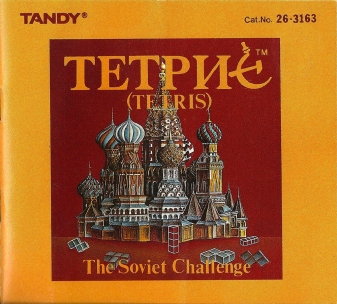 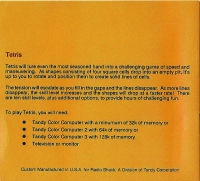 I also found some really cheap Tetris knockoffs from China on eBay, I couldn’t resist since they were so cheap! They have 9999 games in 1, but it’s basically just falling blocks in different arranges, and they count the different speeds and levels as a “new game” XD I tried a few versions that were interesting though, like having the Tetris blocks fall from below and upwards instead, and having the board move one step to the side after you have placed a block. Total mindfuck! XD But a fun challenge :) The controls are surprisingly good on these “Brick Games”, but they’re super light and therefore feel kind of cheap, until you put batteries in them which basically makes it more than twice as heavy XD 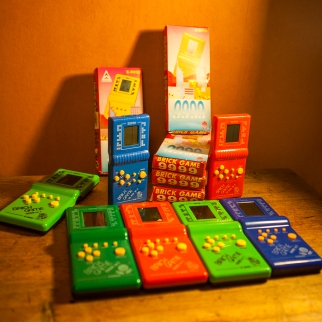 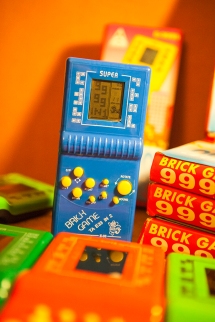 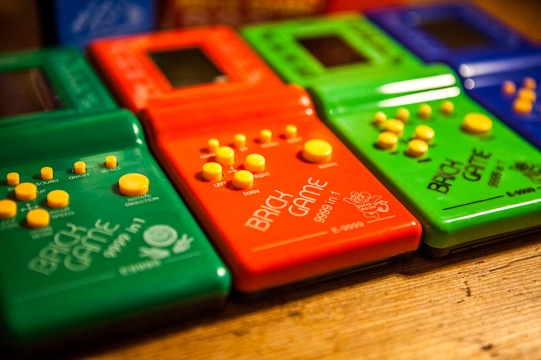 I also got a PSP lookalike called POP Station! Haha! It just contains the same game as the Brick Games above though. No colour, just 9999 different versions of Tetris! It feels way shittier than the Brick Games, way more plastic and the buttons are not nice at all.. :/ 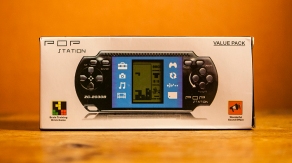 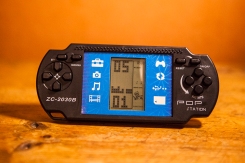 My most appreciated new Tetris game is my Nintendo Tetris Game Watch that I got for my birthday ^_^ Such a beauty!!! I wear it everyday :) It both tells the time AND you can play Tetris on it :D The Tetris game is kind of hard since the board is much narrower than usual, so it builds up fast, it’s not easy waiting around for that long piece, you usually end up dying before it shows up XD 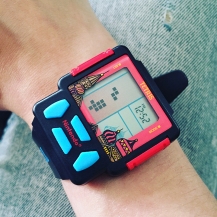 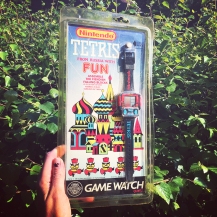 I found this PC game on eBay and I just thought the cover looked funky :) I don’t really play PC games, first of all I don’t even have a PC, I have a Mac XD And I certainly don’t have a PC containing Windows 98 so I can play these old CD ROMS, but I’m seriously considering getting one! (I also want to be able to re-visit Toon Struck) Just look at all those awesome Tetris clones that seem to be on this Tetris CD III game!! 1993TRIS, BALLTRIS, FINTRIS, HEXRIS, INFINITRIS, MACTRIS, PACTRIS, PCTRIS, PICTRIS, POLYTRIS, PSYCHTRIS, QUATRIS II, SIDETRIS, SITRIS, TEAMTRIS, TRISTIX, ULTRIS, UPTRIS, ZENTRIS, FOURTRIS 2, TETRIX, YATETRIS and… GELULES?!? and many more.. omg.. so much imagination in coming up with names for “Tetris” without infringing on the copyright XD hahaha! I wonder what they will be like….. 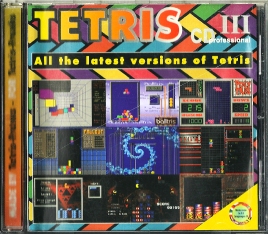 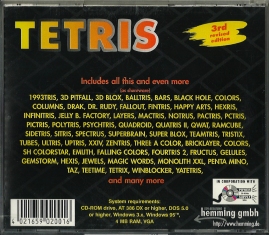 And then there’s some other various Tetris games for various systems that I’ve recently acquired, such as Tetris for Wonderswan, Magical Tetris Challenge for Game Boy Color, another copy of Welltris but for ZX Spectrum, Magical Tetris Challenge for PS1, Tetris Plus for PS1, THE Tetris (great name haha XD) for PS1, Sega Ages 2500 Tetris Collection on PS2, Tetris Worlds on PS2 and Tetris Ultimate for Playstation Vita. 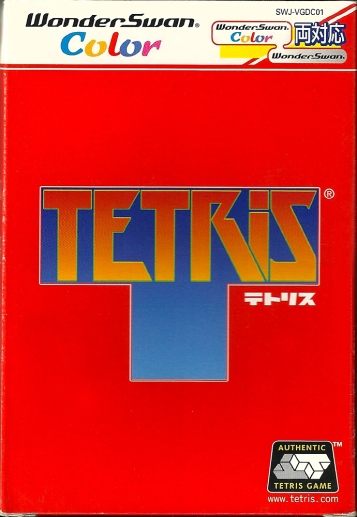 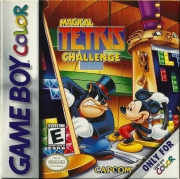 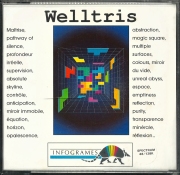 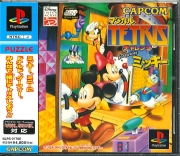 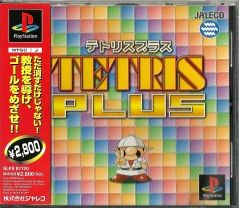 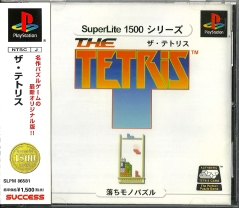 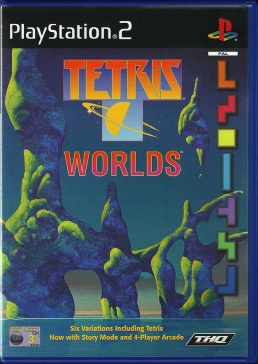 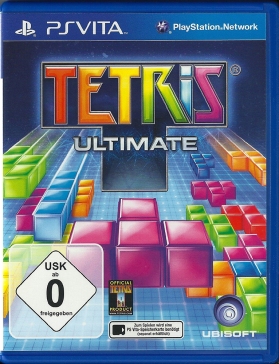 I bet there’s still Tetris games out there that I’m lacking.. I am always keeping my eyes out for them ;D If you know of any Tetris games (hard copies, not digital games) that I don’t have in my Tetris collection, then please let me know ^_^