For my birthday I got A LOT of games, I’ll share those soon, but first I wanna share one of my favorite gifts! :D My boyfriend bought a Nintendo Family Computer Robot (also known as R.O.B) from FredJ for my birthday :D I’ve wanted one of these robots for such a long time, but it has either not been in good enough shape, or it’s been too expensive. So this gift made me very happy ^_^ It even came in an original box! The box was a bit tattered.. but the Robot was in great condition with the block set!

So today I took Rob the Robot out for a little photo shoot ^_^ Look at his prettiness :D 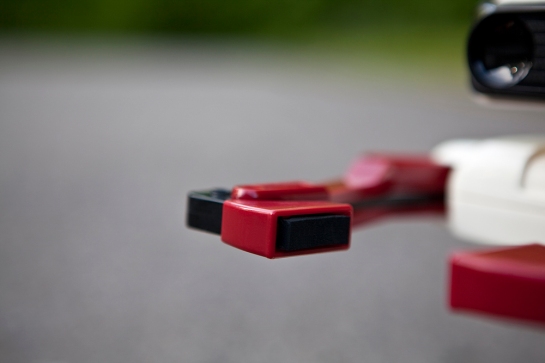 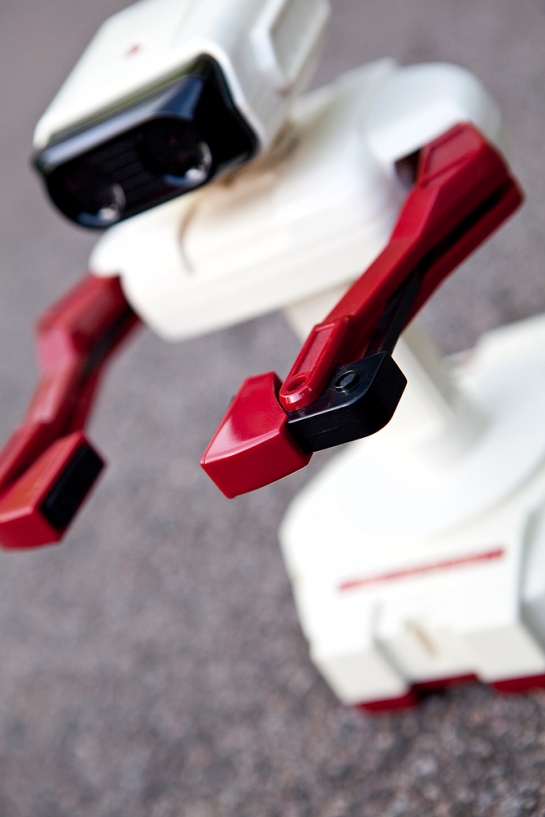 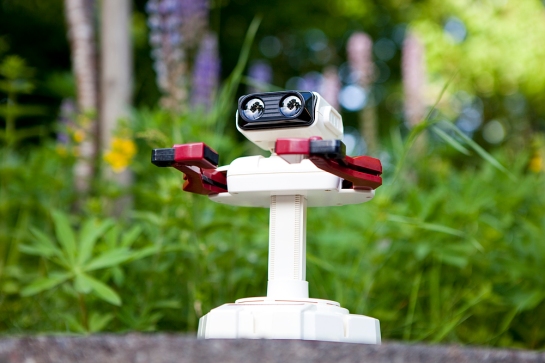 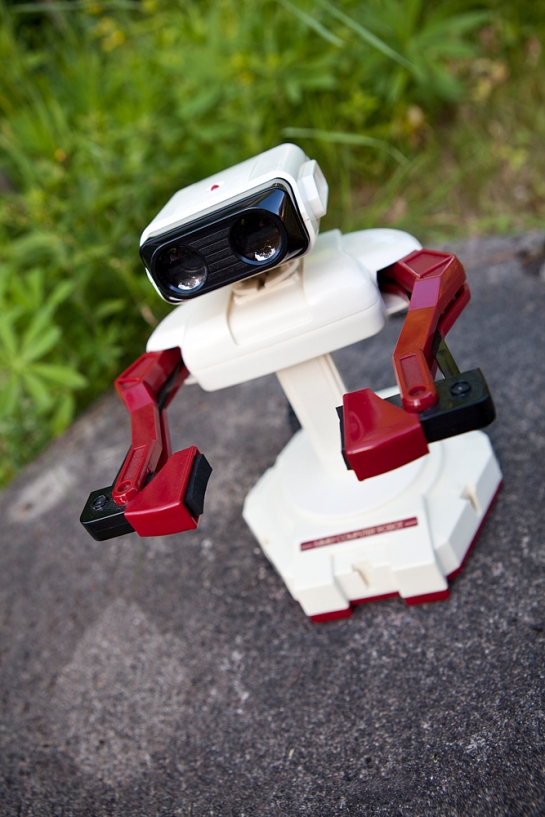 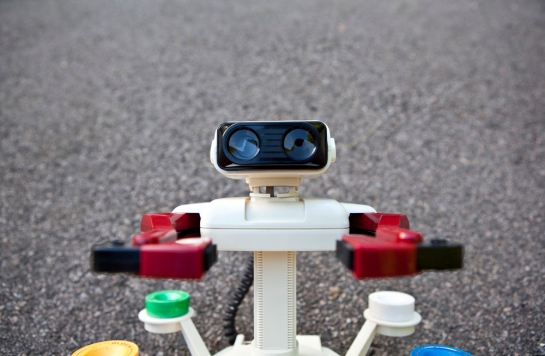 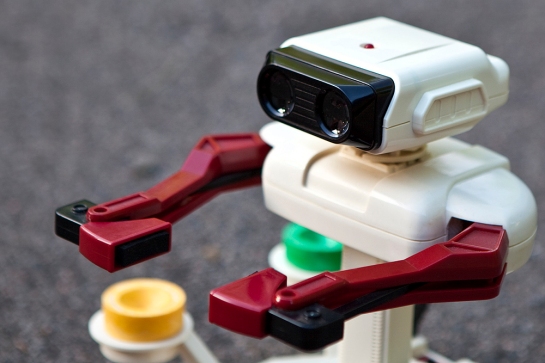 I had a curious friend who really wanted to be in the pictures as well, it was hard not to let her ^_^ 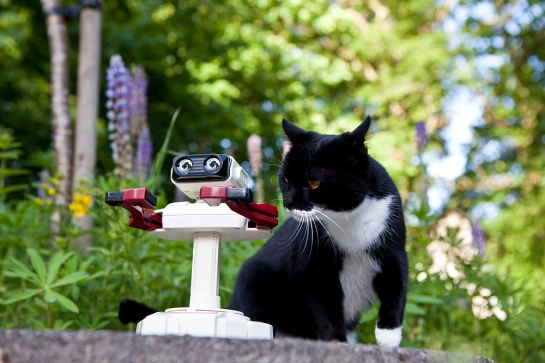 Yesterday I watched the episode ROB the Robot from AVGN, and it made me wanna play Gyromite, even though I didn’t have the Robot.

James from AVGN made it clear that it is possible to play the game even though you don’t have a robot. However, it demands control over both the P1 and P2 controller, since the P1 controller steers the character while the A and B button on the P2 controller controls the pillars that you need to move up and down to guide the character through the stage. Here’s AVGN’s solution:

I didn’t quite go to the extent of sawing apart two controllers and attaching them together with duct tape. Instead I played it together with my friend Becky, it’s a great game for 2-player co-op ^_^ However I did need to use two controllers myself while recording the game today for the review, one in each hand, not too difficult except when you need to pick up or place a radish which is controlled with A on the P1 controller: 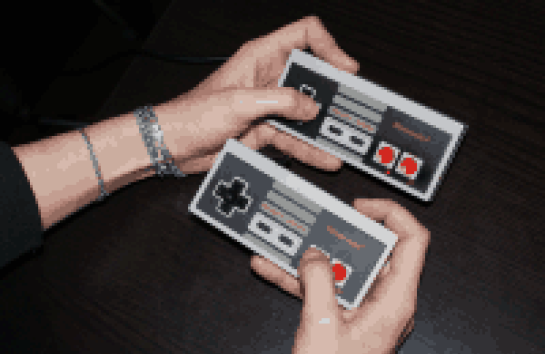 The cartridge says Gyromite, but the title screen claims the name of the game is Robot Gyro… anyway, Gyromite or “Robot Gyro” is a classic arcade style game where you have to collect all the dynamite on each stage to clear it. 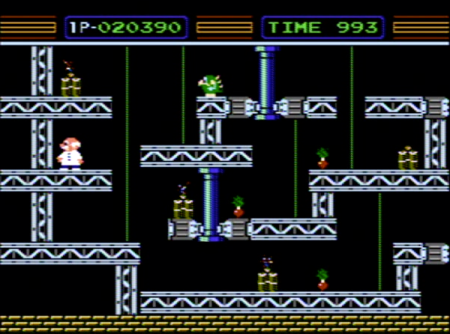 There are Dinosaurs that kill you if you touch them, and your character can not jump, so you will have to figure out ways to go around them, or try to crush them with the pillars. You can also pick up radishes and place in front of the Dinos, this will make them stop and eat for a while so you can pass them.

Gradually the stages get harder, and you will have to collect the dynamites in the correct order, otherwise you might get stuck with no way to get back up to collect the remaining dynamites. Then there’s no other option than to crush yourself or wait for the time to run out..

I made it to stage 35 today, apparently there’s 65 stages in total. I might give it another go the next time I have a friend over, cause it’s just more fun that way ;D

If you haven’t seen the AVGN episode with ROB the Robot you should check it out. I definitely have to get me a ROB eventually ^_^

Here’s a video I put together of the 35 levels I got to: