This weekend I visited Retro Gathering in Västerås (Sweden), I was there for the first time last year, but this convention has been running yearly since 2006! I came home with quite a lot of loot last year, and this year wasn’t far behind ^_^ 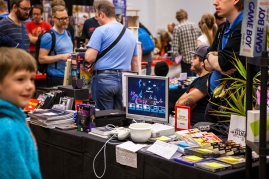 I bought 62 games, and traded another 400+ games with friends! So I came home with lots of games.. most of the traded ones were newer games though so I’ll just cover my retro acquisitions on here ;D First up is the Philips Videopac Computer G7000 with 8 games that I traded with Anton for a bunch of Famicom doubles I brought for him :) I also found one Videopac game at the convention, this one was a newly made homebrew game for the system, the packaging was just splendid though, fits right in with the originals ^_^ Can you spot which one it is? ;D

Another system that I bought at the convention was an Arcadia 2001, or at least one of it’s clones. Never heard of this one before, but it didn’t last very long, it was discontinued after only 18 months. The reason I bought it was that it came with almost all the games released for the system! :D The games come in paper boxes, which were surprisingly well kept! Inside there’s a manual and overlays for the controllers and the game cartridge is latched in a whole in the box. This is extremely frustrating since the cartridge tends to move around underneath the opening so it’s hard to get it out of there without ripping the paper around it >_< This makes me even more surprised though that the previous owners haven’t already torn the boxes apart! XD

BTW I think it’s hilarious when companies back in the day lacked the licenses for certain popular titles and had to come up with “alternative” names for clones ;D Nibblemen!!! Hahaha! 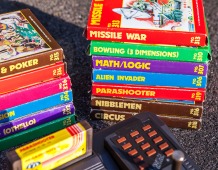 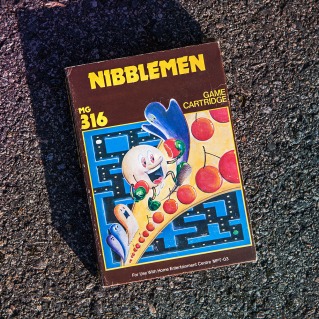 I also got my second Sinclair ZX Spectrum that I had bought previously, but got delivered on the convention ^_^ The 48k model is so cute!!!!!!!! :D

There were more japanese games popping up at this convention than what I have seen before in recent years here in Sweden. I think it’s nice that people are becoming aware of all the amazing things you can find from over there ^_^ Unfortunately when demand rises the prices also go up >_< There were no Famicom games that I didn’t already have though, but I did find 5 Super Famicom games and a Famicom pirate that was just cheap :)

It’s always nice to pick up some C64 games as well, they are usually pretty cheap and the artworks on these old cassettes are just amazing! :D I always buy games that look fun, have a funny title or just incredible or funny artwork ^_^ 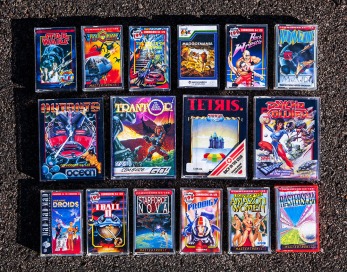 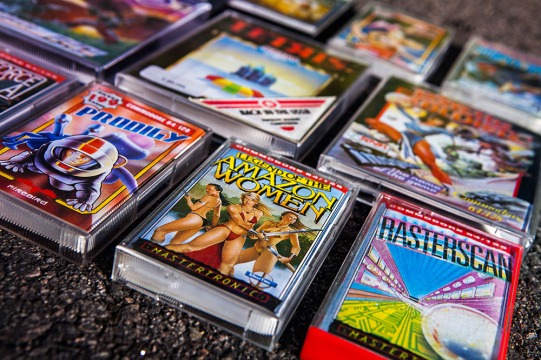 C64 games – The Legend of the Amazon Women

I also found some Atari 2600 games, two turned out to be unopened and I’m torn whether to break them open or not >_< I wanna play them!! 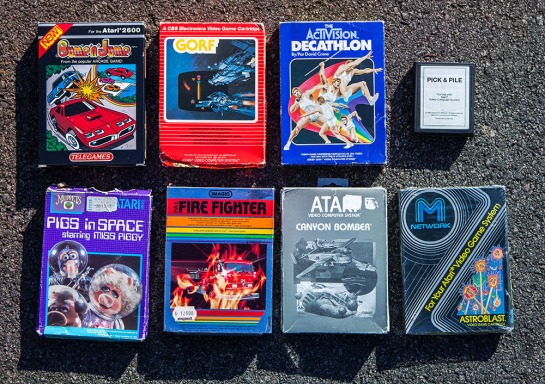 Apart from all this I found a few other titles for various systems, like Batman Forever on Sega Mega Drive, Wolfenstein 3D for the Atari Jaguar and two Amiga 500 games, Pinkie and Capone ^_^ These last two looked like fun games when looking at the screenshots on the back :) Unfortunately my Amiga 500 has gotten a green screen so I can’t try them out right now :/ Have to get it fixed or find a new one first… 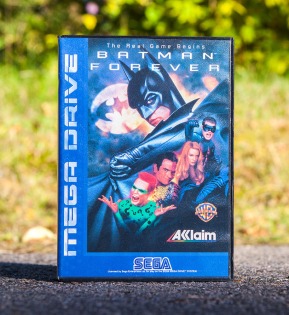 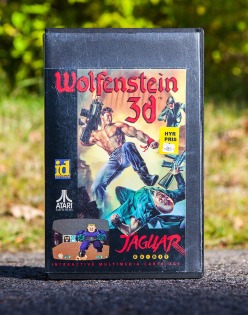 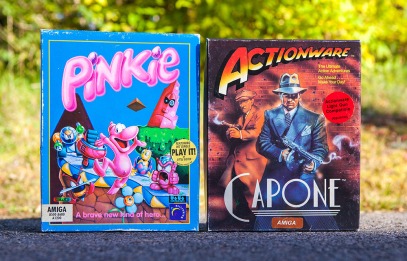 This year on Retro Gathering there were even more sellers than last year and loads of old systems setup to play ^_^ They held competitions in Super Bomberman 2 for the SNES, Super Skidmarks on the Amiga and Car Race ][ for Commodore PET. This last one in honor of the late CEO of Nintendo, Satoru Iwata, who programmed that game back in the day. They also hosted the annual Swedish Championships of Pong, and I participated this year as well! I made it one step further than last year, so just a few more years and I might win! ;D hahaha or not.. I’ve began searching for an Atari Pong console so I can do some serious practicing though ^_^ They’re unfortunately hard to come by :/ 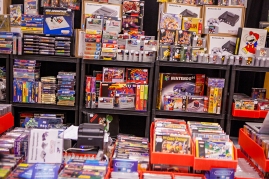 Lots of games for sale at Retro Gathering

This is one of my favorite retro gaming conventions in Sweden, the atmosphere is just so friendly and you can find so much more than just Nintendo and Sega stuff! ^_^ It’s just a shame it’s so far away from where I live :/ I will still come back next year though ;D

For more pictures from Retro Gathering, check out Geeky Gals :)