At this years RSM (Retrospelsmässan) I came home with a bigger haul than any previous year ;D In total it was 6 consoles and 60 games o_O That’s the main reason why I’m dividing the loot into several posts, since I’ve only had time to go through and photograph parts of it so far ;D

First up, I came to RSM with the ambition to find an Atari Lynx and a ZX Spectrum. I’ve wanted an Atari Lynx for a long time since I’ve had a few games for it but no way to play them >_< After going through the vendors I didn’t seem to find one though, until I spoke to Martin who claimed to have seen it at a table behind him. This is where I found the first Atari Lynx console, a bit worn on the backside and dirty, but it cleaned up nice and it was cheap ^__^ Somebody else had snagged an Atari Lynx from the same seller just minutes earlier, one in better condition >_< But I’m happy with finding it ^_^

A couple of hours later I showed my Atari Lynx to likilato, and he told me he had seen another Atari Lynx, boxed! So he showed me to the table where I had missed this beauty! This one was the Atari Lynx 2, in box, with power adaptor and a bunch of loose games with it! I couldn’t help myself, had to get this one too!

They’re quite different and both have their pro’s and cons. I’ve spent some time this week trying them out ^_^ The first edition of the Atari Lynx has much louder and way better sound (in my opinion) but the second one has a better screen. The first one is heavier and lies well in your hands, the second one feels lighter and bit cheaper, I like the design better of the second one though ^_^

I already had some of the games that came in the boxed Atari Lynx package though, and I had already bought a few at RSM before I found it as well! There were a few ones I didn’t have though, like Gauntlet, Warbirds, Blue Lightning, Batman Returns, California Games, Electropop, Viking Child and Checkered flag (however this one came in doubles >_<) It kind of bugs me that they’re not boxed though.. since the rest of the ones I have are…

Here’s some of the other Atari Lynx games I picked up at RSM! :D I really enjoyed Gates of Zendocon and Zarlor Mercenaries ^__^ Out of the cartridges I also liked Gauntled (Gauntles is always awesome!), Xenophobe, Batman Returns and Electropop. Electropop had a really cool 3D depth in it! It was a sidescrolling platformer where you could also move forward and backwards into the screen to enter various rooms ^_^ 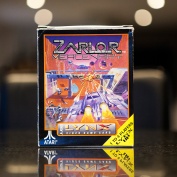 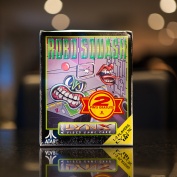 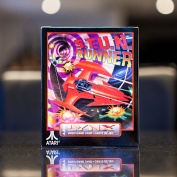 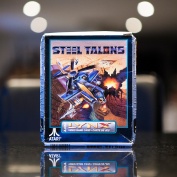 I’m very happy with my new Atari Lynx collection which I can finally play!!! I didn’t find a ZX Spectrum though :( But I found a BUNCH of other cool things! :D I will make another post soon with the rest ;D 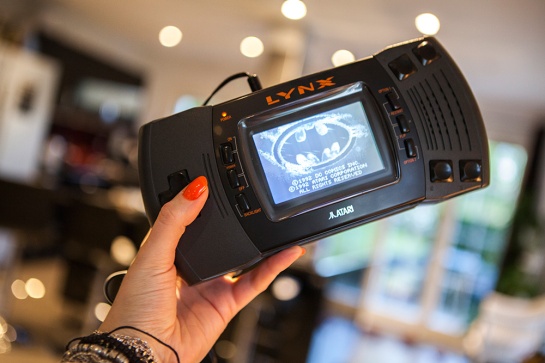