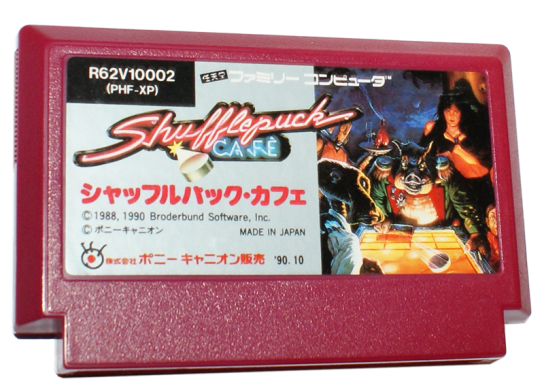 This is a game I’ve been playing quite a lot lately. It’s fun, entertaining, but super hard o_O

You have a bunch of opponents in some kind of cyber-futuristic café (looks more like a bar) where you can battle each of them in a game of “shufflepuck” which resembles air hockey.

The story: “You are the galaxy’s most successful Krypton-3 salesman on the way to close the biggest sale of your career. Your brand new Nash Sombrero has blown a capacitor in the reactor valve. You exit the gravy and coast down into the wrong side of town. Now all you need to do is find a phone and a repair sled will be on its way. The only signs of life seem to be coming from a shoddy structure three doors down and across the street. Opening the door you make your way down a flight of debris-covered stairs. Something loathsome scampers over your feet on its way to the activities below. A shout of recognition is heard as whatever it was enters the smoke-filled room. You stumble into the room and suddenly it’s as silent as the depths of space. Several pairs of hostile eyes, and a few sets of three, challenge you to enter. The only thing that stands between you and the telephone is eight galactic misfits, and obsolete droid and a few “friendly” games of shuffle puck. Relax, if you lose, you’ll earn their contempt. Win, and you’ll earn their resentment.”

All of the opponents are different, they all have different styles of playing and various difficulty levels (where most of them are ridiculously hard, and some even unbeatable!!) 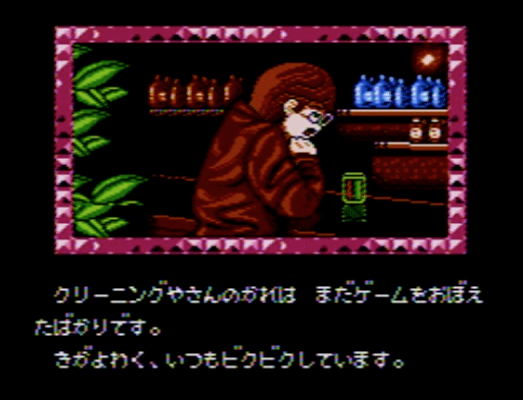 The only easy one is Skip, some kid that just moves in slow-motion when you’re playing against him. 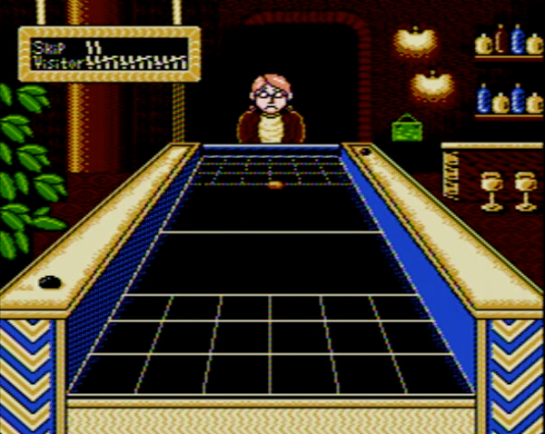 The goal is to get a score of 15 first. There are only 2 or three other opponents that I have even a chance of beating. 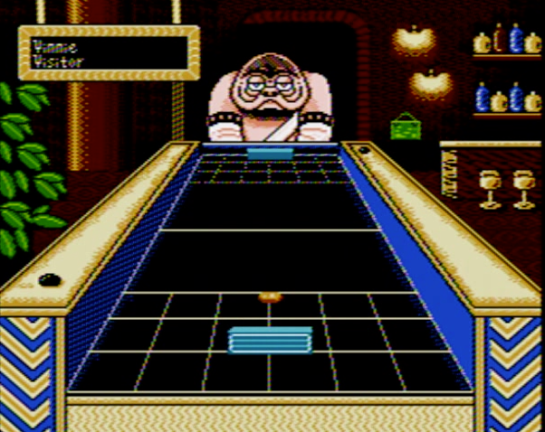 This is Visine beating me.. 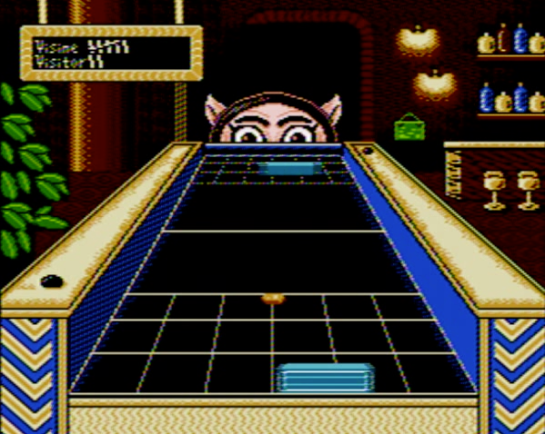 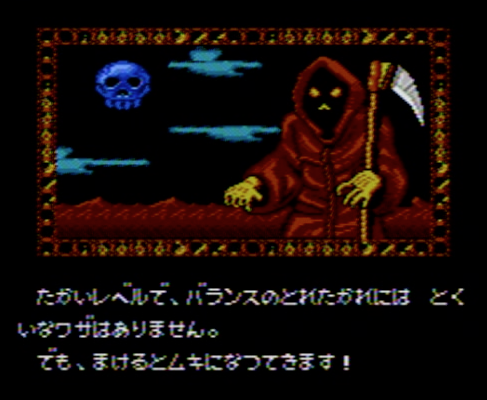 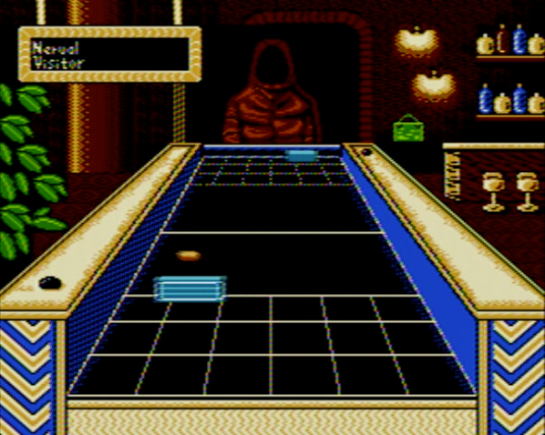 Here’s the drunken Lexon getting wasted whenever he scores… 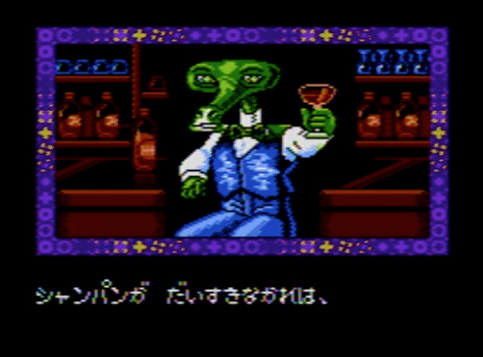 And Biff with anger management issues.. damn, he really wants to kick your ass! 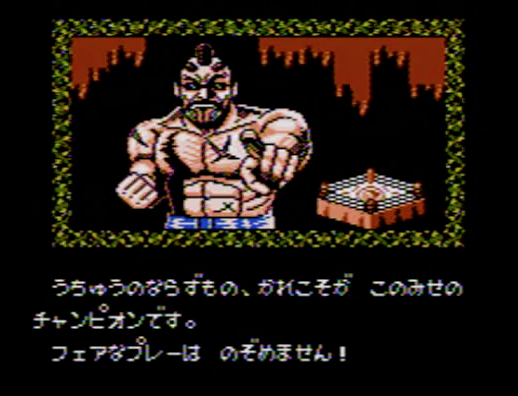 And this is Bejin, the worst opponent there is.. she cheats by using the force!!

All in all, an entertaining game which also brings quite a lot of frustration ;D

Here’s a video I put together of the gameplay, the music is quite good :) in between stages that is, during stages you only have the sound effect of the puck bouncing around >_<

3 thoughts on “Shufflepuck Café for Famicom”