It’s working! I’m still in Japan, but managed to connect the Twin Famicom I bought yesterday to the TV in my hotel room. 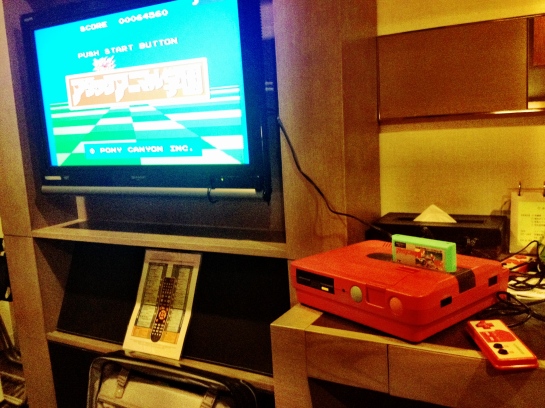 I’m probably not gonna have time to go through and try all the games I bought for Famicom, but at least I know the system is working ^^

The first game I opened up was something called Attack Animal Gakuen (アタックアニマル 学園) and it kind of resembles Space Harrier. Not nearly as good, but still an entertaining game.

I haven’t been able to try the disk station of the console yet, since I didn’t buy any Famicom Disk games, but I will try to find some of those tomorrow so I can make sure it works completely :)

Look at those cute controllers!!!!