Now I’ve finished testing and cleaning all the Sega Master System games I’ve bought the last couple of weeks. And here they are!

There are way too many games to review them all at ones. So I’m just gonna start with one that I kinda really liked :D

This game is hard. It’s a real challenge. The biggest part that makes it so hard is that you die of only one hit, and you only have 3 lives and no continues! I don’t really mind the game being quite hard though, because it’s fun. The controls are smooth and responsive and you know that it is manageable you just aren’t allowed to make any mistakes! ^_^ 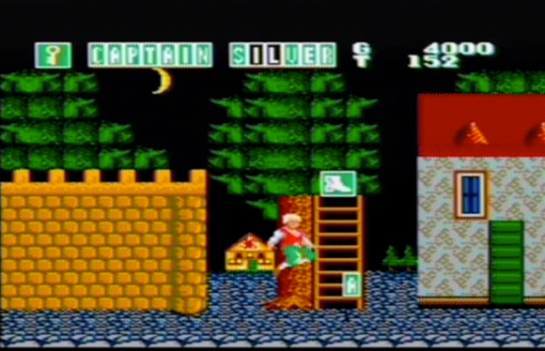 You play as the pirate Captain Silver, and you collect letters, letters to spell your name. There are several different enemies, a pirates greatest enemies are according to this game: cats, walking lions, medieval troubadours and witches on broomsticks… and not to forget, green blob-thingys falling from trees WATCH YOUR HEAD! 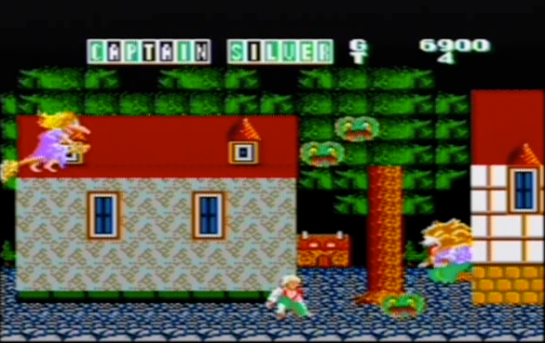 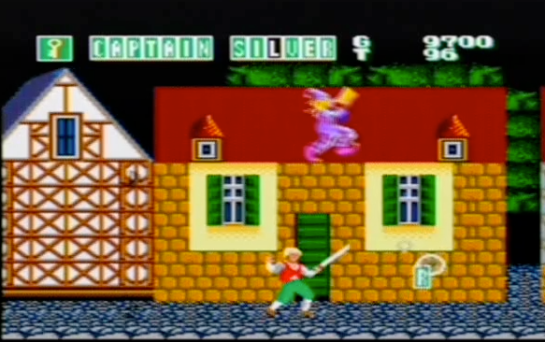 There is also a fountain that kills you! Seriously if you land in the fountain you die. Because he gets wet?? But you can land on the tops of sprinkling water to get across.. o_O makes no sense 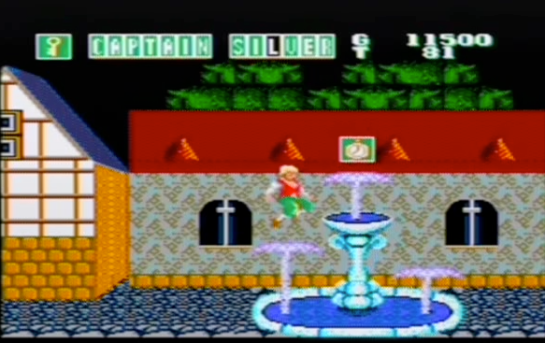 There’s a shop that I found where you could buy a fairy, she gives you the ability to shoot projectiles from your sword (!), boots which make you jump higher for a limited time, a jug of coffee or something that makes you blink (I haven’t figured out what it does, it certainly isn’t invulnerability though, I tried that…) and a clock which gives you more time. I actually got a time over a few times.. >_< 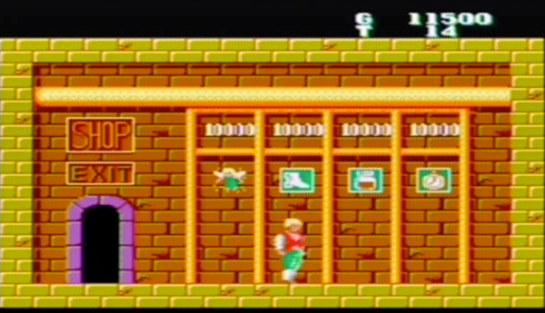 I made it to the boss at the end of stage one. It’s another witch on a broomstick just slightly larger than the previous witch I encountered. She wasn’t too hard, I just had to make sure I wasn’t standing beneath her when she dropped green blobs..

And I made it to the very beginning of stage 2. That’s how far 3 lives get me! Here you have pirates with guns shooting at you and birds flying towards you and stuff coming up from the ground without notice.. damn.. this game is hard

It’s a great platforming game though, the intro music is amazing! the level music is mediocre.. but the controls are smooth and and it’s a fun challenge!

I actually made a video of it a bit differently this time. Since I had been getting some requests to put voice commentary in my videos I finally tried it out. Personally I prefer watching gameplay videos of only the original game with original music and sound effects and no comments.. but that’s just me. This is for trying to please the crowd! ;D Let me know what you think, should I continue on this track or go back to my regular gameplay vids?